The singer also showed off her new pastel pixie cut.

Last night during the "Celebrating America" concert, singer Demi Lovato wore a Stella McCartney grey power suit as she wowed with her rendition of "Lovely Day," which also featured shots of Americans all across the nation singing along.

"It was an absolute HONOR to perform tonight for our @potus, @vp, & the entirety of our United States of America," she wrote. "This is a night I will NEVER forget. Thank you to everyone who joined me to sing 'Lovely Day' by the late Bill Withers. Such an inspiring night"

Lovato joined a long list of celebs to make appearances and perform during the Inauguration special, including John Legend, Bruce Springsteen, Justin Timberlake, and Katy Perry.

Stella McCartney is known for her sustainability efforts and has been using recycled materials for years. Back in a 2019 interview with Vogue, the designer opened up about sustainable methods and how the rest of the fashion industry needs to adopt some of those changes.

"We're always setting tougher goals for ourselves and [exerting] more fierceness in how we want to make changes," she told Vogue. "One of the things you have to do, and the most sustainable thing you can do as a designer, is to create pieces that people want and won't want to throw away."

This isn't the first time Lovato has expressed love for the designer, though. During an interview with ExtraTV in 2016, said she admired McCartney for creating "beautiful pieces for women of all body types."

The singer also showed off new short, pink locks, which faded into blonde tips and buzzed sides. While she debuted the new 'do on her Instagram, this is her first public appearance rocking the rosy pixie cut. Her hairstylist Amber Maynard Bolt is responsible for the bold pastel dye job

Lovato wasn't the only one practicing sustainability during yesterday's festivities. Bernie Sanders, who has since sparked memes across the internet, donned sustainable and repurposed mittens that were made by a teacher from his hometown two years ago according to Today. 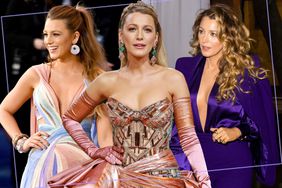 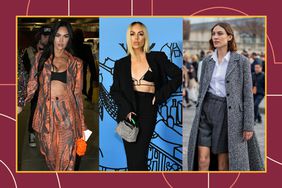 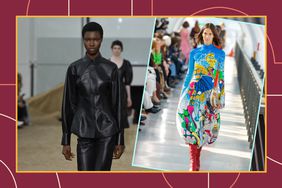 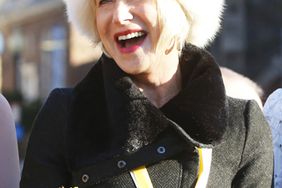