Kim Kardashian was also there to support her "baby."

The series is a revealing look at the aftermath of Lovato's 2018 overdose and includes dozens of interviews with the people closest to her. In the film, Lovato opens up about some incredibly difficult and personal scenarios she's dealt with including a bipolar disorder misdiagnosis, rape, and her struggle to overcome her addiction to heroin.

"I have full faith that you're not going to open up TMZ and see another overdose headline, but I also say this with humility, that this is a very powerful disease and I'm not going to pretend like I'm invincible," Lovato explained in the series. "I have to work every day to make sure that I'm in a good place so I don't go to those things."

At the premiere, Kardashian posted several photos of her "baby" standing in front of the big screen. She also posted a selfie with Lovato.

Before the show started, Lovato hit the red carpet wearing a blazer-dress and a pair of black pumps. Her hair was in finger waves and her black and white manicure matched the look.

For her performance she switched in a pink polkadot blouse and silver hoop earrings.

Dancing With the Devil is available on Tuesday, March 23 at 3:00 p.m on YouTube. 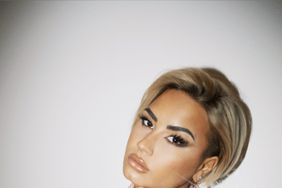 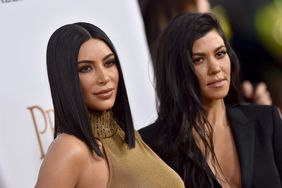