It turns out that David Beckham is a massive Game of Thrones stan just like we are.

The soccer star couldn't hide his excitement while meeting the hit show's actor John Bradley, known to all of us GoT fans as Samwell Tarley. He documented their chance run-in for Instagram on Sunday and showed there's absolutely nothing wrong with being the ultimate fan girl. Both Bradley and Beckham suited up for the occasion.

"This man is a maester, he knows things ... Was tempted to ask for a little clue into what's next but was too star struck #gameofthrones," is how Beckham captioned the photo. This isn't the first time Beckham made his obsession with Game of Thrones clear. He caught some major shade for posting spoilers for the series back in August.

Season 8 of Game of Thrones doesn't start filming until later this month, so Beckham will have to sit tight like all of us until episodes tentatively air next summer. We hope he'll hunt down Jon Snow or Daenerys for his next fan girl moment.

As long as no spoilers are involved, we'll be pressing the like button. 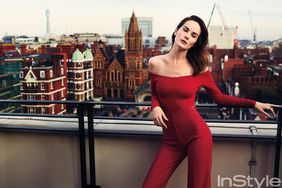 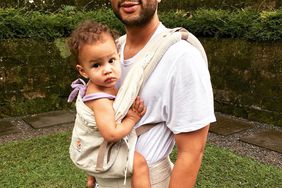