Ciara's Halloween Costume Will Make You Do a Double Take

It's not officially Halloween just yet, but Ciara blessed Instagram with a Halloween Eve surprise. In a new post, she shared photos of herself dressed as Cardi B, recreating the album art from Cardi's Invasion of Privacy, complete with bright yellow finger waves and checkerboard blazer.

"CARDI," she captioned the photos. "Swipe to the right for a Surprise."

That surprise was an appearance from Ciara's son, Baby Future, who was dressed as Cardi's husband, Offset. And while everything from the outfit to the hair and dark lipstick (and, yes, Cardi's infamous tongue) were pretty accurate, Ciara added an update: some very patriotic nail art featuring Joe Biden, Kamala Harris, and the word VOTE spelled out across one hand. There's even a lipsync video that shows just how convincing both of them are in their costumes.

Cardi was more than impressed with the Halloween tribute. Not only did she repost the photos on her account, she added that she's a huge fan of Ciara and that she's the "most sweetest" and "most nicest person in the world."

"I'm gagging! I love it! I'm so hype! I’ve always been a huge fan of @ciara and became an even bigger fan after I met her!" Cardi wrote. "She is the most sweetest and the most nicest person in the world! A true peach! Staying sweet and humble was the prayer!" 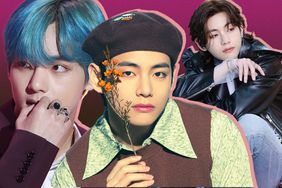 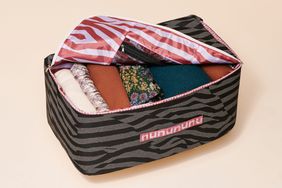