The 2022 Cannes Film Festival got a major dose of star power with the arrival of Christina Aguilera — yes, models and celebrities have been there all week, but nobody compares to La Reina herself. Aguilera attended the amfAR Cinema Against AIDS Cannes Gala at the Hotel du Cap-Eden-Roc in Cap d'Antibes wearing a long-sleeved black gown with intricate rhinestone detailing along the sweetheart collar. Aside from the squared, strong shoulders and curve-hugging black velvet, the most eye-catching detail was a pair of crystal snakes spiraling up her arms.

The gown was a combination of Xtina signatures: She's never been shy about her love of snakeskin or a body-con silhouette. She also channeled her Back to Basics era with an Old Hollywood updo and Chopard earrings. While models and celebrities alike are opting for 2022's questionable opera gloves trend, Aguilera is sticking to what she loves with her snake sleeves, which were just statement-making and decidedly more dramatic.

Other guests at the gala included supermodel Naomi Campbell and Eva Longoria. The event, which happens every year at the Cannes Film Festival, works to raise funds and awareness for HIV and AIDS. AmfAR, which actually stands for American AIDS Foundation Research, hosts the dinner and subsequent auction, which includes pieces from Armani, Oscar de la Renta, Louis Vuitton, Chanel, Givenchy, Valentino, Giambattista Valli, Versace, Dior, Tom Ford, Balenciaga, Saint Laurent, and Alaïa. Since the event's founding, the gala has raised more than $245 million in funding for amfAR's AIDS research. 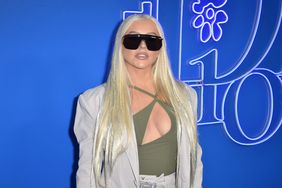 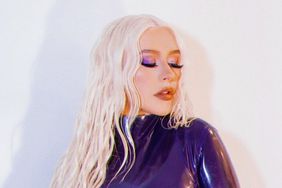 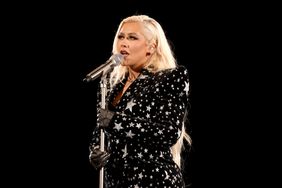 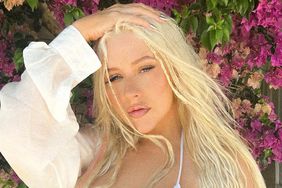 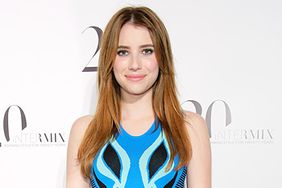 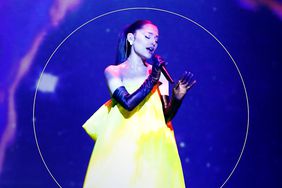