This week, Meghan Markle opened up about a miscarriage she suffered over the summer in a moving essay for The New York Times — and while many people praised the Duchess for her openness on the subject of pregnancy loss, others have criticized the decision to share her story.

However, Meghan has found herself an ally against the trolls in Chrissy Teigen, who also shared her experience with losing her unborn son, Jack, earlier this year.

After one Twitter user aired his grievances with Meghan's op-ed, Teigen retweeted his remarks, publicly putting him on blast. "Is anyone really questioning the pain and sheer awfulness of suffering a miscarriage, or are they perhaps criticising Meghan's decision to write a 1,000 word op-Ed about herself?" the troll wrote. "What does it add to the resources already available for those who go through a tragedy like this?"

In typical Teigen fashion, the model fired back: "Award for today's absolute piece of s--t goes to Marco Giannangeli. Congratulations, piece of s--t." According to E! News, Chrissy eventually decided to delete her savage response, reminding herself that she's "trying to be nicer."

Just a day ago, Chrissy opened up about the "mentally painful" recovery she has gone through following her own pregnancy loss at 20 weeks. "When I'm old and grey, I will look back on the last two months as being brutal, exhausting, sad, physically challenging, mentally painful bitches of a couple months," she wrote on Instagram, before adding that she's starting to have hope again.

"I already see the leaves as orange instead of grey, realized the sky is indeed blue and not black and horn honks on my forced morning walks only bring me to my knees half the time. I can make it up my stairs only stopping once or twice instead of every other, and can get out of the bathtub all by myself as long as I have the promise john will dry me off. anyhow the point is, fuuuuuuuuuuuck, I think it's happening." 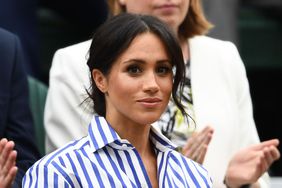 People Are Praising Meghan Markle for Opening Up About Her Miscarriage 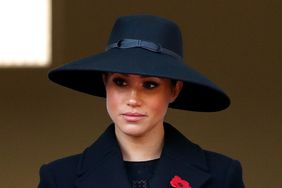 Meghan Markle Said She Suffered a Miscarriage in July