Charlize Theron Shared a Rare Video With Her Daughters

Take us to wherever this is.

Jennifer Lopez and Ben Affleck aren't the only A-listers enjoying some time on the water. Charlize Theron shared a clip of her own getaway and while the blue waves and clear skies are enough to elicit pangs of vacation jealousy, Theron also took the opportunity to give a rare glimpse into her life as a mom. Her two daughters, Jackson and August, are featured in the video post, which sees the mother-and-daughters team jumping off the side of a boat into the ocean.

"Me and my girls 4 life," Theron wrote alongside the clip. Theron generally keeps her children, who she adopted in 2012 and 2015, out of the spotlight, though she did share an image of them back on National Daughters Day back in September 2020, writing, "My heart belongs to these two beautiful powerhouses. I will never be the same."

E! News points out that while photo posts of the two girls are few and far between, Theron isn't shy about talking about her life as a mother and the efforts she takes to raise her daughters away from outdated expectations of gender roles.

"I hope that we are raising a generation of young girls who realize that there is absolutely no shame in that game to be in a relationship with yourself, to not fall into what society kind of predicts for us as what is socially acceptable, if you are not in a relationship somehow you're a failure," Theron told fashion designer Diane von Furstenberg in a July 2020 interview. "Those are all constructs that we need to change." 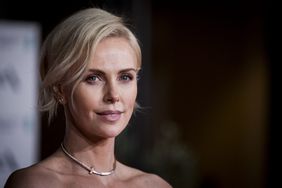