But she managed to.

There's a gender gap in Hollywood that people don't talk about as often as pay disparities and available roles — but Charlize Theron spoke about how male actors get multiple chances to play action stars, but that female actors rarely get a second shot if one of their films doesn't perform at the box office. In a new interview with The Hollywood Reporter, Theron says that she's grateful to have gotten to play Imperator Furiosa in Mad Max: Fury Road after her first action film, Æon Flux, basically flopped.

Charlize Theron Wore This Controversial Shoe on the Red Carpet

Theron noted that she's heartbroken about not getting to reprise her role in the Furiosa prequel that director George Miller is working on, she's grateful to have gotten the role in the first place. Unlike some actors (she didn't name names) that have gotten multiple shots, she feels like it took over a decade for her to be able to star in an action movie after Æon Flux.

"A lot of women don’t get a second chance, but when men make these movies and fail miserably, they get chance after chance after chance to go and explore that again. That doesn’t necessarily happen for women," she told THR. "Fury Road came a good decade after Æon Flux, and there's always been that voice in the back of my head that still somewhat responds to that. I'm still influenced by that, and it's one thing that drives me. It's unfortunate that we feel like the opportunity will be taken away from us in a heartbeat if we don't succeed, but that is the truth. It's not a very forgiving genre when it comes to women."

Theron noted that she's managed to get more than just Furiosa. In addition to that now-iconic role, she nabbed a lead in Atomic Blonde. Unlike Mad Max, however, she is getting to reprise that role.

"We're in the development stages right now," she said of an Atomic Blonde sequel. "And that's the one thing that lockdown has been good for — being able to develop with writers over Zoom. So, we're actively developing right now." 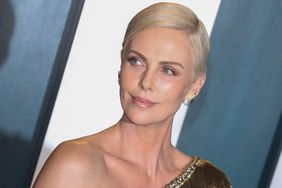