"Her mind was blown."

Charlize Theron opened up about her daughter's questions about her love life. In a recent interview on Diane von Furstenburg's In Charge podcast, the Bombshell actress said that her 5-year-old daughter August said something along the lines of "you need a boyfriend."

Though August is young, the idea that women don't "need" a relationship something Theron feels is important to instill. She went on to explain that August had "this look in her eye like she had never really contemplated that that was even a possibility and I said, 'That is a really important thing for you guys to know.'"

Theron then elaborated on her choice to answer this way. "We are raising a generation of young girls who realize that there is absolutely no shame in that game to be in relationship with yourself— to not fall into what society kind of predicts for us as what is socially acceptable: If you are not in a relationship, somehow you're a failure," she said. "Those are all constructs that we need to change. I remember two days ago just looking back in the rearview mirror and seeing my little 5-year-old's face; her mind was blown. But I know that that was the day that she realized there's a different possibility."

Theron has two daughters, August, age 5, and Jackson, age 8, both are Black. She recently told People that they have been protesting in support of Black Lives Matter and having tough conversations about race."When they see protesters on the side of the road, they'll say, 'Mom, honk. Honk, Mom, honk,' " she told the outlet. "There's a real sense of pride." 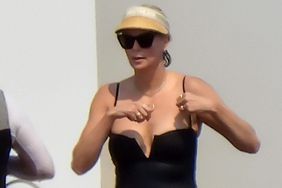 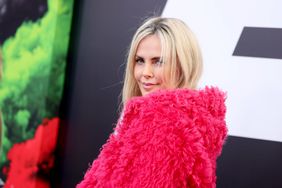 Charlize Theron Shared a Rare Video With Her Daughters