Channing Tatum Announced His Children's Book With a Shirtless Photo

And he dedicated it to his daughter, Everly.

Channing Tatum, the actor, director, sculptor, dancer, and living embodiment of a thirst trap thanks to the incomparable Magic Mike, is taking a decidedly G-rated pivot and releasing his first children's book, The One and Only Sparkella. Naturally, he announced the news on Instagram via a shirtless photo complete with plush unicorns, Hello Kitty (unicorns are a recurring theme in Tatum's oeuvre), and the book's cover alongside his sculpted deltoids and biceps. While fans will have to wait a while to see what's on the sure-to-be-pastel pages — the release date is May 4, 2021 — Tatum did offer a glimpse of the book's dedication, which goes to his daughter, Everly.

"To Everly, the most brilliant magical being that I have ever known," he wrote, People reports. "You are my greatest teacher."

He told the magazine that in addition to his daughter, the book is for girl dads, encouraging them to embrace all the magic that comes with having a daughter.

"My only wish is for more time in this life to play in all of the magical realms we have created," Tatum told People. "This is also for all Dads that might have a little girl [...] Wear whatever, dance however, and be as magical as you can. Because I promise they will return the love."

The magazine adds that the book chronicles the story of a girl named Ella, who is "teased for her love of sparkly things on her first day of school." Thanks to her dear old pops, who encourages her to embrace her love of sparkle, glitter, disco balls, shimmer, and shine, she embraces her individuality instead of shying away from it. The story, Tatum insists, highlights the bond between a daughter and her father. Tatum shares Everly with his ex-wife, Jenna Dewan.

The One and Only Sparkella is set to be the debut book in what will be an entire series about the titular character, Sparkella. 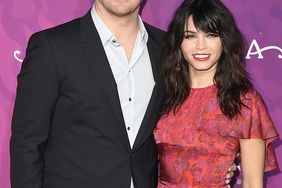