4 Celebrities Resolving to Give Back in 2017

If you only make one New Year's resolution for 2017–even if you didn't think you'd make any at all–then consider resolving to give back more this year. It's a no-brainer, really. Helping others is a good thing to do, and as an added bonus it'll leave you feeling better too.

So go volunteer at a blood drive, send a donation to the organization of your choice, or sign up to run the NYC Marathon for a cause. Interested where other do-gooders are focusing their charitable efforts? The famous faces below are putting their celebrity to good use and raising awareness and funds for their chosen causes. Read on to learn which stars are resolving to give back this year.

At the 2017 Golden Globes, everyone's favorite actress delivered an impassioned speech in defence of the press, name-checking the Committee to Protect Journalists. In the weeks since, the CPJ has received over $80,000 in donations. That's the power of Streep's generosity.

The Rogue One and The Night Of actor is passionate about helping with the crisis in Aleppo, Syria. He has started a CrowdRise page in hopes of raising $100,000 in order to provide food, shelter, and medical supplies to families caught up in the brutal civil war.

Leo's dedication to raising awareness about climate change is well documented. We know DiCaprio will continue his efforts moving foward, as he has met with the president-elect to discuss environmental issues. Read more about DiCaprio and his work at at The Leonardo DiCaprio Foundation.

The Speechless actress has been a heavily involved Oxfam Ambassador for years and is working to raise awareness of the crisis in Syria. Driver cares deeply about promoting trade justice for developing nations and will continue to speak about these issues in the media in the coming year. 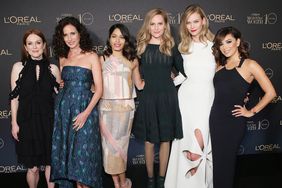 10 Beautiful Ways to Give Back this Holiday Season 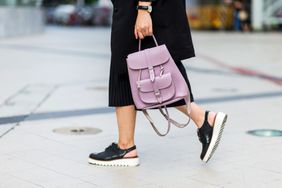 6 Student-Run Fashion Organizations That Give Back 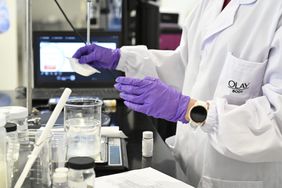 Here's How Olay Body Is Getting More Young Women Into STEM