Last weekend, Eva Longoria tied the knot with longtime boyfriend, Jose Antonio Bastón. Unlike her ex-husband Tony Parker, who’s a professional basketball player, Bastón isn’t a celeb. That’s not to say he isn’t successful — oh no, quite the contrary. Longoria’s bae is the president of Televisa, the largest media company in Latin America. Not too shabby, eh?

His full name is Jose Antonio Bastón Patino, according to Reuters.

He’s an Aries — a great fit for Longoria, who is a Pisces. According to the AstroTwins, “Aries is the first sign of the zodiac and Pisces is the last, and their relationship completes a strange karmic circle … As a couple, Pisces can teach Aries how to give, and Aries can teach Pisces how to receive — an important lesson for both.” Does it get any better than that?

His nickname is Pepe — but Longoria calls him Mr. Fancy Pants because he always wears a pocket square, aw!

He’s super successful. As previously mentioned, Bastón is a major big wig at Televisa. According to his bio, he’s held this position since February 2001 and also serves on the board of directors.

He’s super private. Unlike Longoria who is an avid Instagram user, Bastón doesn’t have seem to have social media. When she posted about their engagement, he asked her to use the pic with the back of his head. Gotta respect that!

This is Bastón’s second marriage. He was previously married to actress Natalia Esperón from 1995-2005.

They have three children: Natalia and twins Mariana and José Antonio.

He first met Eva through mutual friends in 2013, but neither of them felt a love connection at the time. They really hit it off the second time they met, about six months later.

He didn’t know who Longoria was at first. In fact, he’d never even heard of Desperate Housewives, which the actress found super refreshing.

He proposed to Longoria during a romantic trip to Dubai last December after six months of planning. “He raised the bar for men everywhere,” Longoria told Conan O’Brien shortly after. Seriously! 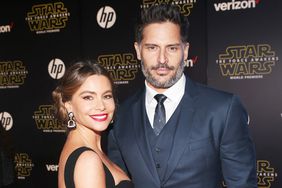 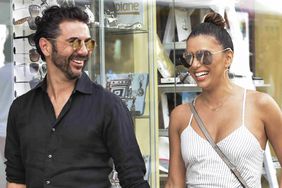 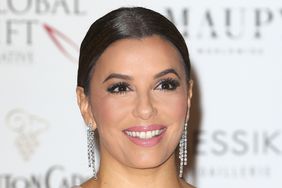