Welcome to the weird and wacky world of celebrity wax figures, where things either go horribly wrong or oh so right. Madame Tussauds' process is extremely strenuous, with each sculpture taking 15 artists three or four months to complete, according to Business Insider.

The sculptors take precise measurements of every part of a celebrity's body (over 250 total!) from their eyes down to their moles. And yet, somehow after this long and arduous process, the wax figures can sometimes turn out looking like this:

Keep scrolling to see our rankings of the best, worst, and weirdest celebrity wax figures out there, because you know for every Jon Hamm doppelgänger out there, there's also a terrifying Ryan Gosling wax figure waiting in the wings.

Efron's new wax figure at Madame Tussauds in Hollywood got his Baywatch bod so right—down to every last ab muscle.

Zoe's a little oilier than we are used to seeing her, but the resemblance is on-point—even her husband's confused!

Thank you, Madame Tussauds, for understanding that what we really need in this world is another Betty White.

While the wax Posh and Becks have their poses perfected, there's something a little too stern in their expressions that makes them impossible to mistake for the real thing.

This looks more like a Kimoji than the real Kimye. Ms. Kardashian West would never be caught with such a bad contouring job.

The only thing better than one Ryan Reynolds is two, and Madame Tussauds almost nailed it on this one, right down to his signature three-piece suit.

As the face that launched a billion memes, Gosling has more than one wax figure in this world—and they're not all made equal. Luckily Madame Tussauds in London made an almost perfect rendering of the Notebook star.

Not only did they totally botch Swift's curls, but they couldn't even bother to put her in a red lip.

I truly believe that we'll never know which one is the real Helen Mirren.

While this impostor has Lima's signature runway pose down, she looks more like a zombie than an Angel.

Is Demi Lovato secretly a twin?

This wax figure looks more like she should be a character on The Royals than a replica of Emma Watson.

While these two almost nail Zendaya's signature smirk, they look just a little too waxy to be believable.

This Snoop Dogg wax figure looks like he's ready for a chill sesh with Martha Stewart.

This version of Jenner, who appears to be getting ready backstage before hitting a runway, looks a lot like her real-life counterpart—if she was entirely dead inside.

Wax figure Beyoncé's form is on point. Her face? Not so much.

Will the real Jon Hamm please stand up?

From the tough-girl expression to the rock-hard abs, that is Gwen Stefani through and through.

While recognizably Miley Cyrus, this wax figure doesn't do justice to the Hannah Montana star.

Madame Tussauds got Kate and Will down—if they were welcoming you to their home on the set of a horror movie.

For a hot sec, I thought this was a before-and-after shot showing us that Bad Girl RiRi had died her hair darker. Needless to say, this one gets an "A."

If it wasn't for the bra, we'd have a hard time identifying this one as Katy Perry.

This may be the only bad red carpet moment that's ever involved Meryl Streep.

Sorry Carrie, but this looks more like Emily Osment than the American Idol star.

We definitely wouldn't mistake this guy for Prince Harry or Rupert Grint.

Laverne Cox's doppelgänger looks like she's ready to hit the red carpet in her place. 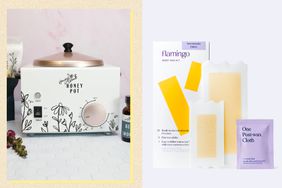 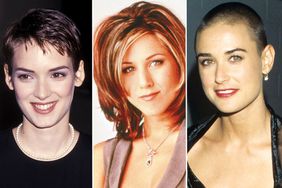