What Jaime King Will Be Doing This Holiday Season

Jaime King's character Elise in the upcoming Hallmark original movie, The Mistletoe Promise, is not a fan of Christmas. But Jaime King the actress, is! In King's recent interview with People, the beautiful blonde discussed all things "holidays" as well as her new and old family traditions. Her holiday traditions begin with husband Kyle Newman, who is apparently "obsessed" with Christmas music. They start playing festive tunes in early November, and spend Christmas with close friend Jessica Alba and her family.

King also revealed definitely one of the sweetest family holiday practices that she passed down to her own children: "Ever since I was born, my mom and dad would get us an ornament that was very indicative of our personalities," King said. So when she was gifted an ornament made from a prop on set, she knew that it would mean a lot to her to give the ornament to her son, James Knight.

King's other son, Leo Thames, may be too little to begin the ornament tradition but he is still sharing the holiday love by, "kissing a lot." King gushed,"[It's] fantastic. He says, 'I love you,' and then he kisses you." 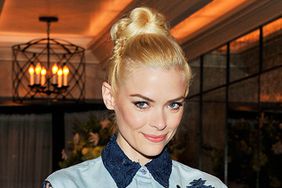 Jaime King Spills the Beans On Her Next Project, an Eco Baby Line 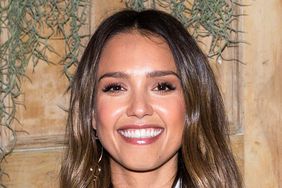