Celebrities love to be green! Whether they're attending an Earth-inspired event (like FOX's funny girls Hannah Simone and Mindy Kaling did at Grades of Green's 2013 Verte) or getting down in the dirt to plant trees (like Amy Smart and Emmanuelle Chriqui), showing their love for the planet is a year-round priority . Click through the gallery to see which organizations have them excited about Mother Nature.

Amy Smart and Emmanuelle Chriqui pulled out their green thumbs in Los Angeles, where they attended the Environmental Media Association's celebration of Earth Day.

FOX's funniest ladies put their green foot forward at the 2013 Verte, Grades of Green's annual fundraising event that benefits the non-profit organization's work toward a more environment-friendly world, including trash reduction programs, environmental education, and recycling initiatives. Mindy Kaling and New Girl's Hannah Simone were in the Pacific Palisades in California to support the cause, as well as FOX chairman Kevin Reilly, who was the night's honoree.

Actress Elsa Pataky (in Naeem Khan) and actor beau Chris Hemsworth attended the inaugural Oceana Ball at Christie's New York, which raised more than $1 million for the organization's efforts to protect the world's oceans and their wildlife. 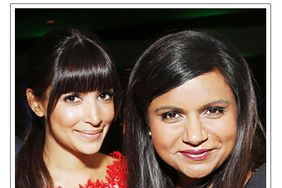 Mindy Kaling and Hannah Simone Get Green, Plus More Parties! 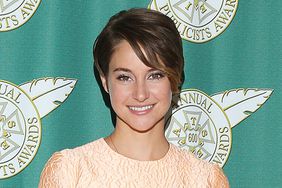 11 Celebrities Who Green Their Routine 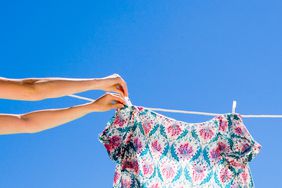