She and her new look star in the new National Treasure show on Disney+.

San Diego Comic-Con is proving to be as much fun for science-fiction and fantasy geeks as it is for beauty die-hards. Today, during a panel with Disney+ Catherine Zeta-Jones made an appearance (via video) alongside her co-stars promoting the streamer's new National Treasure show. Sadly, the show won't feature Nicholas Cage, but it does star Zeta-Jones, who transformed her signature dark hair and went blonde (most likely thanks to a hardworking wig) to play Billie, who we don't know much about just yet.

In her video, Zeta-Jones shared that she "loved the original series," which were movies starring Nicholas Cage and Justin Bartha, who will return to Disney+'s update, National Treasure: Edge Of History. Blonde Catherine Zeta-Jones will also be joined by newcomer Lisette Olivera, who plays a DREAMer who needs to take some time off from studying for her citizenship exam and gets caught up in a mystery involving her family and, presumably, historic artifacts, action sequences, and Zeta-Jones's maybe-she-is, maybe-she-isn't villainous Billie. From the looks of her authoritatively walking in heels, it's clear Billie isn't just a background character.

The Comic-Con panel also included a teaser trailer that shows more of Olivera's character, Jess Morales. National Treasure: Edge Of History doesn't have a release date set just yet. Zeta-Jones promises that it will definitely have the "historical National Treasure vibe" fans know and love, though we're all shedding a tear for the lack of Nicholas Cage. 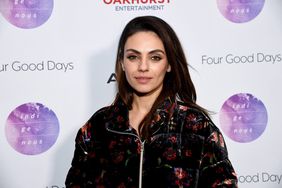