The glamorous gown from 2015 popped up at the Venice Film Festival.

It's true that 2020 has had a major impact on our fashion choices. On top of reaching for comfy clothes, we're thinking more sustainably, creating seasonless wardrobes, and, of course, adding masks to our looks. Thankfully, it seems as if Cate Blanchett and her stylist, Elizabeth Stewart, are on the exact same page, especially when it comes to 2020's Venice Film Festival.

While walking the red carpet for the event's Opening Ceremony, Blanchett showed off a glamorous caped gown by Esteban Cortázar, a design we've actually seen her in once before (above). The dress first caught our eye in 2015, when the actress wore it to the BFI London Film Festival premiere of her movie Carol. Five years later, the piece looked as stunning as ever, but Blanchett did add a 2020 twist to her look: a protective face mask.

Blanchett will also be donating the dress for an auction via RAD (Red Carpet Advocacy) which will benefit UN Women and Facing History and Ourselves.

Recycling fashion and taking the appropriate safety precautions in public? These are messages we can totally get behind.

We should, however, point out that Blanchett removed her mask momentarily — once she was 6 feet apart from other people, posing for the cameras. The move allowed us to get a better look at her mask and take a peek at the back of her gown, which included cutouts.

We've often wondered what red carpets and award shows might look like in the middle of a pandemic, and now Blanchett (along with other stars at the festive) has given us a good idea. Many celebrities are even investing in reusable masks to match their outfits, which will no doubt come in handy in the near future. 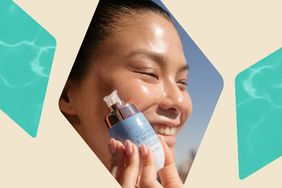 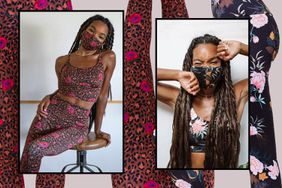 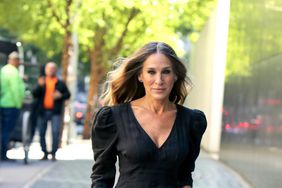