And Cardi said what we're all thinking about Baskin's husband.

Days after Cardi B and Megan Thee Stallion released "WAP" and it's accompanying music video, it's managed to draw criticism — which is to be expected — but some of the most unexpected comments came from animal activist and Tiger King star Carole Baskin. After the video had earned a few million streams, Baskin told Entertainment Tonight that she thought the video glamorized keeping big cats as pets, but Cardi wasn't going to let that fly. In an interview with i-D, she said that she wasn't going to get involved with Baskin's accusations, though she didn't hold back when it came to scandals in Baskin's history.

Baskin explained that featuring cats, such as tigers and leopards, in the "WAP" music video could lead to people wanting to have them as pets. She called Cardi and Megan out, saying that they are promoting reckless behavior to their fans. It's the same thing she said on Tiger King, calling out the series' other characters, Joe Exotic, Bhagavan Antle.

"That makes every follower of these artists, who doesn't know better, want to imitate by doing the same," Baskin said. "After tigers are too old for pay-to-play sessions by people like Joe Exotic, Bhagavan Antle, Marc McCarthy, Mario Tabraue and others, they become a liability instead of an asset."

Cardi heard the comments and didn't hesitate to offer her thoughts. Though she didn't engage with Baskin's accusations of animal endangerment, she said what everyone seems to think happened between Baskin and her husband, Don Lewis. He went missing back in 1997 and was declared legally dead in 2002.

"I'm not gonna engage with Carole Baskin on that," Cardi told i-D. "Like, that's just ridiculous you know? Oh, Lord. Like, girl you killed your goddamn husband."

Greta Gerwig Turned to Cardi B to Get Through Her Pregnancy

ET adds that Baskin stated that it appeared as though the animals in "WAP" seemed to be inserted into the video via a green screen and post-production special effects, which means that Cardi and Megan didn't interact with them. She called out that move, too, saying that producers probably had to deal with "big cat pimps," though there hasn't been any evidence pointing to that.

"You have to pose a wildcat in front of a green screen to get that image and that doesn't happen in the wild," she said. "It can't happen in sanctuaries like ours where cats have plenty of room to avoid a green screen (or would shred it if offered access and could die from ingesting it)."

However the cats came to be in the video, Baskin says it can't have been good for the animals involved.

"That tells me they probably dealt with one of the big cat pimps, who makes a living from beating, shocking and starving cats to make them stand on cue in front of a green screen in a studio," she added. "That's never good for the cat." 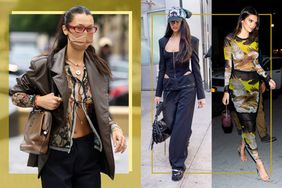 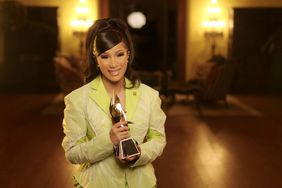 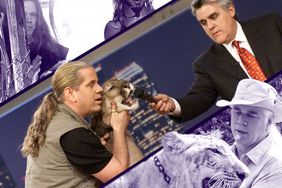 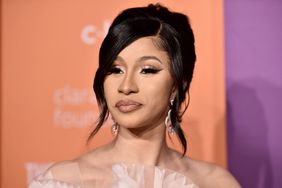