Cardi B Just Landed Her First Starring Role in a Movie

It's called Assisted Living and she'll be in grandma makeup.

The big screen is about to get a big piece of Cardi B. Variety reports that Cardi will be starring in a "raucous comedy" called Assisted Living, which is being compared to classics Sister Act and Mrs. Doubtfire. She'll play in a criminal who manages to find herself "over her head when a heist goes wrong" and has to hide out in an assisted living facility where her estranged grandmother lives. That means there are plenty of opportunities to see her in slapstick situations involving walkers, done up in old-lady makeup, and flexing the comedy muscles fans have seen on Twitter and Instagram.

Cardi B Posted a Sexy Birthday Message for ''Hubs" Offset

Assisted Living may be Cardi's first time headlining a feature film, but she's no stranger to being on camera. Last year, she appeared in Hustlers alongside Jennifer Lopez, Constance Wu, Keke Palmer, and Lizzo. Before that, she starred in VH1's reality series Love & Hip Hop from 2015 to 2017. She's also been a judge on Rhythm + Flow, Netflix's competition singing show. And in addition to Assisted Living, Cardi is also set to have a role in the upcoming Fast and Furious movie, F9. 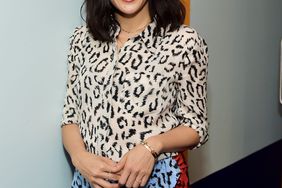