She'll be addressing the judge directly this June.

After addressing the New York Times documentary Framing Britney Spears on Instagram and thanking fans concerned with her well-being and mental health, Britney Spears will appear in court, Page Six reports. During a hearing held today, her lawyer explained that she'd like to speak to the court and requested that a date be set for the occasion. The judge chose June 23. Though Spears's legal team didn't mention exactly what she would be addressing, many believe that the singer will be addressing her conservatorship, which was the subject of the documentary and what the #FreeBritney movement has been focusing on.

"The conservatee has requested that I seek from the court a status hearing at which she can address the court directly," attorney Samuel Ingham III told presiding Judge Brenda Penny. The June court date would be the first time in many years since Spears has appeared in person at a hearing.

In November 2020, Pitchfork reported that a judge declined to remove Spears's father, Jamie, from his position as conservator. Though many in the #FreeBritney movement saw that as a setback, the court did appoint independent firm Bessemer Trust as a co-conservator, seemingly adding checks and balances to Jamie's role. Jamie Spears has been in charge of Britney's finances and career since 2008, following her public mental health struggles in 2007.

"My client has informed me that she is afraid of her father," Ingham added. "She will not perform again if her father is in charge of her career."

Earlier this month, Britney told fans on Instagram that she is "extremely happy" and "totally fine."

"I have a beautiful home, beautiful children," she said. "I'm taking a break right now because I'm enjoying myself." 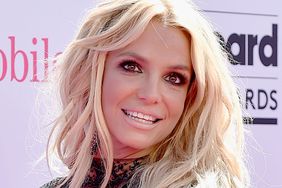 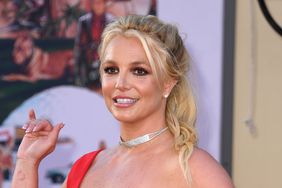