Blake Lively has one message and one message only for the paparazzi: don't mess with her kids. This week, a tabloid ran photos of the mom of three while out with her daughters — James, Inez, and Betty — that didn't tell the whole story, according to Lively.

In a now-deleted post on the Daily Mail Australia's Instagram page, Blake was pictured pushing a double stroller while holding her youngest daughter on her hip in one photo, and in another, smiling and waving at the camera solo. "Blake Lively is a hands-on mum as she expertly wrangles ALL THREE daughters while out in NYC," the tabloid captioned the post, and in response, the actress hit back with what really went down during the "frightening" incident.

"You edit together these images together to look like I'm happily waving. But that is deceitful. The real story is: My children were being stalked by a man all day. Jumping out. And then hiding," Lively wrote directly to the publication in a screenshot captured by Comments by Celebs. She added that a stranger who witnessed the ordeal came to her defense "because it was so upsetting for her to see."

Blake continued, "When I tried to calmly approach the photographer you hired to take these pictures in order to speak to him, he would run away. And jump out again at the next block. Do you do background checks on the photograph[er]s you pay to stalk children? Where is your morality here? I would like to know. Or do you simply not care about the safety of children?"

She went on to note that she made a deal with some of the photographers to take her picture away from the children as long they agreed to leave her daughters alone afterwards. "Tell the whole story….At minimum, listen to your followers. They too understand this is dark and upsetting that you pay people to stalk children. Please stop paying grown ass men to hide and hunt children. There are plenty of pictures you could've published without the kids. Please delete. C'mon. Get with the times."

Lively then commented on Comments by Celebs post, thanking them for bringing attention to the issue of tabloids publishing photos of celebrity children. "One simple thing people can do is stop following and block any publications or handles who publish kid's pictures," she advised her fans. "Feel free to report them. Or send a dm sharing why you don't follow them. But it's a simple way of only aligning with publications who have morality. And so many do. All are trying to service an audience. So if that audience makes it clear they don't want something —like photos of children obtained by men frightening and stalking them— the publication or account will do what the audience wants."

"It's the only way that so many have already stopped," Blake added. "Because the people demanded it. So thank you to everyone who's made that difference already. And thank you again for sharing. It's fucking scary."

Back in 2016, when her eldest child, James, was just 18-months-old and she was pregnant with Inez, Blake shared that she would give her children the option to be in the spotlight or not during an interview with Marie Claire UK.

"My husband and I chose a profession and a side effect of that is your personal life is public," she previously told the magazine. "Our child hasn't had the opportunity to choose whether or not she wants her personal life to be public or not. So in order to give her as much normality as possible, we want her to have a childhood like we had. We can't really throw her into the lion's den that is L.A., not that we really want to." 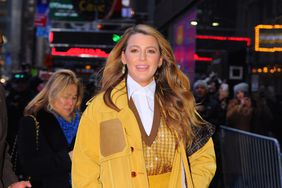 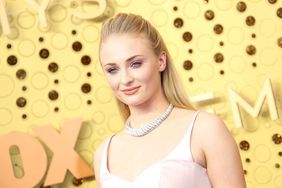