The change reportedly cost the studio thousands of dollars.

She's Beyoncé, and she's a whole lot of woman — and please don't try to say otherwise.

In a new interview with Vulture, as part of the magazine's retrospective oral history of the 2002 film Austin Powers in Goldmember, Beyoncé's on-set makeup artist Kate Biscoe revealed that the singer-slash-actress, who played the very curvaceous Foxxy Cleopatra in the movie, criticized the studio's marketing team for making her look too thin on the promotional poster and strongly suggested that they redo it.

"When we were shooting, someone brought her a poster that would be promoting the movie," Biscoe began and when the superstar was asked her opinion, she didn't hold back. "She says, 'You made me too skinny. It's not me.' Then she did this hourglass shape. And he said, 'Okay, we'll fix that.'" Biscoe continued, "She walked away to go do the scene, and I looked at him and smiled, like, 'Is that the first time that you've ever had an actress ask to make her body bigger?' He was like, 'Yes. It's going to cost me thousands of dollars, but I am going to do it."

The anecdote is unsurprising, as Beyoncé has always been advocate for curvier bodies. Back in 2009, she admitted during an interview with Self that she feels most confident when she's not super thin. "To me, it's sexier when it doesn't look like you go to the gym. If you look like you've been spending a lot of time in the gym, then it just looks like you spend a lot of time in the gym. So I never want to get to that point where it's not natural," Bey said, adding: "I think it's important to feel like a woman, as well as look like a woman … I'm not one of those people who doesn't have to work at it. I can't eat what I want, and I can't not go to the gym."

She continued, "I feel best when I'm not really thin and not really heavy, like now, when I'm still curvy. I really believe that everyone is supposed to be different, and whatever is a natural weight for you is usually what looks best." 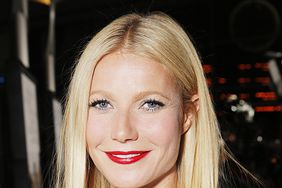