Rejoice, a new wave of Beyoncé maternity looks is upon us! We cannot wait to see what Queen Bey decides to wear for her performance at the Grammys and her headlining turn at Coachella (though we have a few suggestions…)

Unfortunately, those two appearances might be the only maternity style moments we get from the notoriously private superstar, this go-around at least (we’re thinking triplets in 2018?). But fear not, we have a pregnancy full of glamorous maternity lewks thanks to now 5-year-old Blue Ivy.

Live vicariously through her epic maternity ensembles of 2011 with these incredible bump-bearing styles from the true Queen—but keep your eyes peeled, Bey might just surprise us with some unexpected outings.

Bey arrived at the 2011 Video Music Awards in this billowing burnt orange gown, cradling the bump she'd officially debut later in the evening.

The world debut of Baby bump Blue! Yoncé gave the public its first glimpse of her pregnant belly while belting "Love on Top" at the 2011 VMAs in a glittery purple blazer and high-waisted trousers.

The chart-topping singer skillfully hid her bump beneath a flouncy thigh-brushing mini dress.

Bey showed off a sliver of ribcage in this empire-waisted floor-length gown.

Bey's first pregnancy didn't keep her from flashing some skin. The Destiny's Child alum was absolutely glowing when she stepped out in this plunging sequined jumpsuit.

Bey bared some serious leg and drew attention to her burgeoning bump in a metallic mini dress.

She put her baby bump on display in this multi-media halter gown. 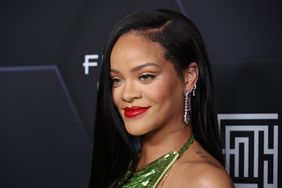 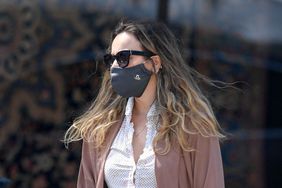 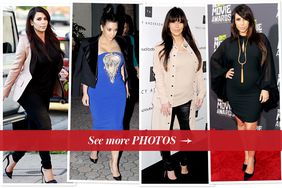