10 Beauty and Style Lessons We’ve Learned from the Kardashians

It feels almost impossible to remember a time when “Kardashian” and “Jenner” weren’t household names. But in reality, it’s only been a decade since Keeping Up with the Kardashians first graced our screens back in 2007. Over the years, we’ve learned more about TV’s most famous family than we ever thought imaginable. And as each KarJenner found her own sense of style in the spotlight, we’ve picked up a thing or two ourselves. Scroll down for 10 beauty and style lessons that the Kardashian crew has taught us.

VIDEO: The Lavish Lifestyle of the Kardashian Kids

Kim and Khloé have consistently professed their love of waist “snatching” over the years, and credited the practice for keeping their hourglass figures in top form. Khloé even wears hers to the gym and to work, and if that’s not dedication, we don’t know what is.

Kim is a pro at contouring, and she never lets us forget it. But while she may post excessively about launching her own line of contouring products, we have to admit that she’s damn good at putting on her cheekbones. So Kim, we salute you for bringing the art of the contour to life—and keeping it constantly in front of our own perfectly highlighted faces.

3. One-piece bathing suits can actually be sexier than a bikini.

As proven by Kourtney Kardashian time and time again. The mom of three isn’t afraid to rock a two-piece swimsuit on the beach—and why would she be with those rock hard abs?—but it’s her one-piece bathing suits that never fail to get our attention. Seriously, just take a look at exhibit A:

(Yes, this counts as a one-piece.)

We could go on and on, but you get the idea. Let’s just say that we’re constantly inspired by Kourt’s beachside looks and leave it at that.

Seriously, did anyone even use the phrase “lip kit” before Kylie Jenner launched her own wildly successful line of them? Probably not. She introduced the world to the magic of an artfully boxed matte liquid lipstick and lip liner in shades like “Penelope,” “Koko K,” and “Boujee,” and we haven’t looked back since.

5. You should always put your best face forward for a selfie.

If there’s anything we’ve learned from the KarJenners, it’s to be proud of your determination for wanting to nail the perfect selfie. Snap as many as you want until you get it right, and don’t let anyone get in your way. You know, even if you’re dropping your sister off at jail or whatever. Just channel your inner Kim and get the job done.

6. And good selfie lighting is everything.

Take a cue from Kim and power up your Lumee case before giving your best duck face. Your selfies with Hillary Clinton will be lit.

7. When in doubt, wear a bodysuit.

The Kardashians love their bodysuits, and the tighter, the better. Khloé even designed an assortment of styles for her Good American label. “I am beyond proud that this range is available for women of ALL shapes and sizes!” she captioned the announcement. “Each bodysuit is designed to fit your body and your curves!”

8. Good skin comes at a price.

Who could forget the time we were introduced to “vampire facials” on Kourtney & Kim Take Miami? Kim grabbed her bestie Jonathan Cheban headed to a spa for the rather gory—and painful—procedure, which is technically called a blood facial. “I love trying anything that makes you look and feel youthful,” said Kim. “Basically they draw your blood and spin it in a machine to get just the platelets out and then put the blood all over your face.” Sounds simple—although admittedly strange—enough, right? Well, once we learned that the dermatologist would be using a motorized tool featuring nine tiny little acupuncture needles to apply Kardashian’s own blood to her face, we reconsidered adding it to our beauty routine.

9. When it comes to fashion, sharing is caring.

We can’t even imagine owning half the wardrobe of one KarJenner. So when you really process the fact that there are five sisters plus momager Kris, that’s a lot of clothing. While the ladies rarely step out wearing the same look twice, we’ve seen a KarJenner repeat a look previously worn by one of her sisters on more than one occasion. And we get it—because if we were in their family, we’d be raiding a few closets, too.

There’s no such thing as too much hair in KarJenner land. Other than mom Kris, who never switches up her short ‘do, the sisters frequently change up their hairstyles (shoutout to King Kylie for being the most adventurous with her color). But for each time a KarJenner cuts her locks short, she comes back with a mane that’s longer than ever. Extensions are their BFFs. Oh, and so are their #sponsored posts for Sugarbear Haircare products. But that’s a whole other story. 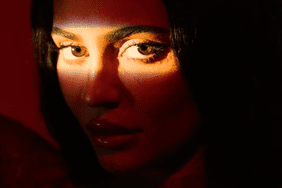