The Cannes hits keep coming, and I'm not talking about the films (sorry to Adam Driver). Bella Hadid has transformed the French film festival's red carpet into her runway over the past week.

First, the model made a splash at the premiere of Annette in a vintage white Jean Paul Gaultier column gown with a black tulle halter and matching train. Less than a week later, Hadid struck again, taking the premiere of Tre Piani (Three Floors) in an ensemble that defies convention.

Let me break this down as simply as I can: Hadid wore a bold-shouldered black long-sleeved Schiapparelli gown, but where you'd expect a, uh, chest covering, there was instead a large gilded statement necklace designed to mimic the veins in human lungs — but, like, fashion. She paired the unexpected piece with chunky ruby drop earrings, a statement ring, and comparatively understated black and silver sandals, her dark hair woven into an ornate high bun.

So … necklaces as tops. I guess that's where we're at now. 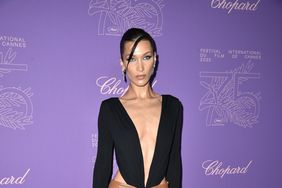 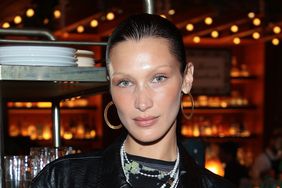 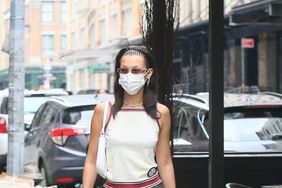 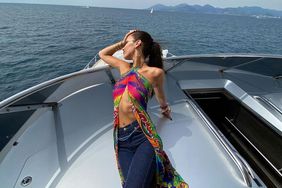