The former POTUS is the first guest on The Michelle Obama Podcast.

We all rejoiced when Michelle Obama announced her podcast earlier this month, and the news got even better when she revealed that her first guest would be her husband, Barack Obama.

On Wednesday, the inaugural episode dropped on Spotify, and the couple began the interview by joking about quarantining together during the coronavirus pandemic.

"Like most Americans, we’ve been spending a lot of time together in quarantine," the former First Lady said.

"You don’t seem too happy about that, the way she said it, right?" her husband laughed.

"It’s just a fact," Michelle said, laughing. "There wasn’t a judgment. We’ve been together ..."

"I've been loving it," Barack replied, to which Michelle said, "Yeah, I’ve been having a great time. But we’ve had some interesting conversations ... 'Cause these are some crazy times."

Over the course of the 49-minute episode, the Obamas discussed their respective upbringings, our collective responsibility to our communities, and the protests in America in the wake of George Floyd's murder.

"The good news is, that when you look at all these young people who’ve been out there protesting in the wake of the George Floyd murder, that’s their instinct," the former President said. "It’s not uniform, and it could still go both ways in this country just like its teetering one way or the other in countries all around the world. This is not unique to the United States, it's we just got our own version of it."

In May, Barack Obama spoke about Floyd's killing during a virtual town hall. "Let me begin by acknowledging that although all of us have been feeling pain, uncertainty, disruption, some folks have been feeling it more than others," he said at the time. "To those families that have been directly affected by tragedy, know that Michelle and I grieve with you, hold you in our prayers."

On the podcast, the former First Lady expressed her concern over young people who don't feel hopeful about voting.

"The only thing that worries me, and I agree — in terms of the hope that I feel when I look at young people — just how they were raised, the values, their exposure, the questions that they have, the change in the economy that's forcing them to ask a certain set of questions, that give me hope," she said. "But the thing that I worry is that I hear, I think, too many young people who question whether voting, whether politics is worth it."

Later on in the episode, she addressed listeners, saying, "I know a lot of you are hurting out there right now and are confused and that’s OK. But as I’ve seen, as Barack has seen, we can take that anger, that disappointment and turn it into something useful. Perhaps, even something hopeful."

"But we just have to keep having those conversations because once we start the conversation there is no telling where it will go." 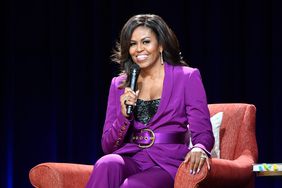 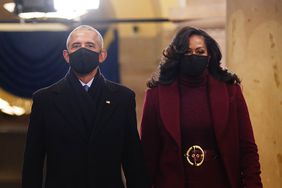 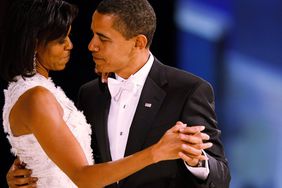 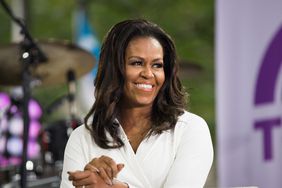 Michelle Obama Showed Off Her Natural Hair Texture on Instagram 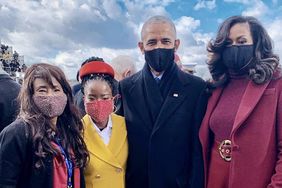