House of Cards just went full-on presidential thanks to Barack Obama's former White House photographer ... and the results are everything.

Kicking the week off right, Pete Souza shared several photos he snapped of the show's stars Kevin Spacey and Michael Kelly, who play fictional president Frank Underwood and chief of staff Doug Stamper, respectively, as they made their way through Washington D.C. Monday.

The duo was on hand for a publicity photo shoot for the Netflix series, according to CNN. In one photo, Spacey waves to onlookers as he steps out of a motorcade as Stamper waits nearby. "Spending the day with President Underwood," Souza wrote alongside it.

In another, the duo strikes a serious pose in Foggy Bottom GWU train station in black suits. And since the trip wouldn't have been complete without a stop at the White House, Spacey and Kelly stood outside the gates, with the Oscar winner smiling and waving again to the sea of people around him. "The people's president," Souza captioned the snap.

Have No Fear: Barack Obama and Joe Biden's Bromance Lives On

The famed photographer is not only known for his candid and iconic photos of Obama, but also his witty sense of humor, which has garnered him 1.2 million followers and counting on the 'gram. 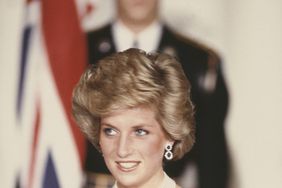