Amanda McKenzie on why it’s not too late to protect the planet.

“It’s important to keep the mindset of, if there was a global disaster underway, how would I behave?” says environmental advocate Amanda McKenzie. “I would need to take risks. I would need to be brave. I would need to show up.” In 2013 she seized her moment to do just that when the Australian government disbanded the Climate Commission, which was tasked with keeping the public informed about climate change. In response, McKenzie, who worked for the commission, raised 1.3 million Australian dollars in 10 days to build a parallel nonprofit, the Climate Council. At the time, her crowd-funding campaign was the largest in Australian history: “The website launched at 12:01 p.m. By 9 a.m. the next morning the donations were up to A$128,000. By the end of the day we’d raised half a million dollars,” McKenzie says, adding that a total of 15,000 people donated an average of A$50. Today, the Climate Council’s scientists and policymakers propose local and national solutions to the climate crisis while working to combat misinformation in the media. “I’m advocating for our kids and our future,” says McKenzie, the Council’s CEO and mom to 2-year-old daughter Matilda.

Going Green: While growing up in Melbourne, McKenzie planned to become a human-rights lawyer until she read scientist (and Climate Council co-founder) Tim Flannery’s book on climate change, The Weather Makers, and realized the scope of lives and treasured wild landscapes at risk. “I thought, ‘This issue will affect all other social-justice issues as well as the environment,’ ” she says. Shortly afterward, in 2006, when she was just 20, she co-founded her first eco nonprofit, the Australian Youth Climate Coalition, to mobilize young people to fight climate change. “We have a real responsibility to look after this blue jewel of a planet, this little oasis of life,” McKenzie says.

Staying Positive: The biggest misconception she wants to debunk is that climate change is a lost cause. “Politicians can bamboozle people and make them think that change is hard and scary. But we’ve got two options: Either we proactively alter how much we rely on fossil fuels for energy and consider where we farm and a range of other things, or the world will change around us in ways we can’t control that will have a catastrophic impact,” McKenzie says. “The good news is, we’re living at a time when a difference can still be made. And I think it’s an obligation for all of us to stay optimistic.”

Getting Involved: “We shouldn’t diminish how uncertain the future looks, but we should also look at who is working to create change,” McKenzie says. “Stop looking only at national governments in countries like America or Australia and start paying attention to what is underway at the community level. There’s so much happening.” To address concerns about the recent bushfires that devastated Australia, the Council published a detailed report calling on local authorities to phase out the burning of coal, oil, and gas, which increases global temperatures and in turn creates hotter, drier conditions for fires. To make a difference personally, McKenzie suggests investing in institutions that are conscious about their environmental footprint and encouraging peers as well as political representatives to tackle climate change head-on. “We’ve got to fight for the future we want,” she says. “And there’s never going to be a more important time to do so than now.”

For more stories like this, pick up the April issue of InStyle, available now on newsstands, on Amazon, and for digital download. 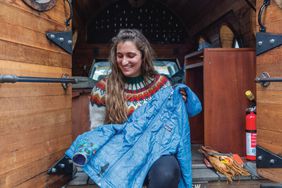 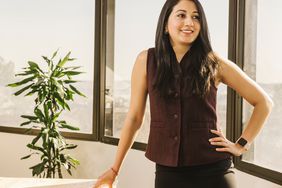 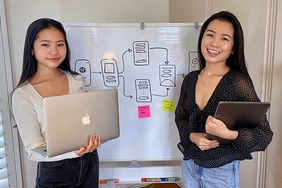 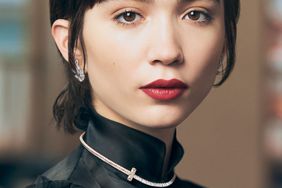 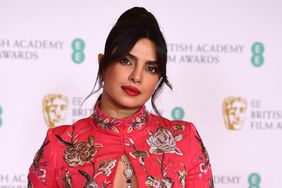 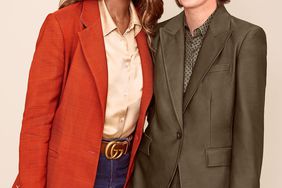