Ashlee Simpson and husband Evan Ross just welcomed the newest addition to their family: a son, Ziggy Blu Ross. On Saturday, the couple announced the birth of their second child together on Instagram, revealing that his birth date was a few days prior.

"10-29-2020 Ziggy Blu Ross. Our sweet boy has arrived! I'm over the MOON we are so Blessed!" Ashlee wrote alongside a sweet photo of the sleeping newborn swaddled in a blanket. Evan shared the same snapshot, adding: "I'm in heaven."

Ziggy is Ross's first son, and Simpson's second. They are already parents to a daughter, Jagger Snow, 5, and Simpson shares a son Bronx Mowgli, 11, with her ex-husband, Pete Wentz.

Back in April, Simpson announced she and Ross were expecting baby number three. "We are pregnant and we are so excited to share it with everyone. Baby #3," she captioned a photo of herself holding up a positive pregnancy test. The next month, the soon-to-be parents revealed they were having a boy.

During an interview with People in August, Ashlee said she was most looking forward to the newborn phase with the little one on the way. She explained, "Newborn babies smell so good. There's nothing like it. And we can't wait for the snuggles!" Meanwhile, Evan revealed he couldn't wait to dress up his mini-me. "He's going to be amazing with his outfits," he said. "I'm already starting to create pieces. I can't wait to dress him up in top hats and trench coats!" 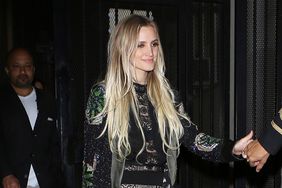 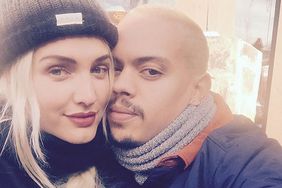 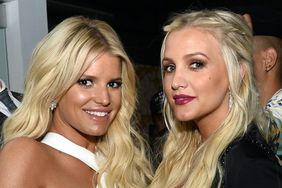 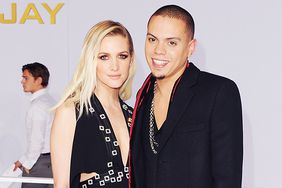