God is a woman and this news is a blessing.

Let the sweet sounds of brand-new Ariana Grande music be the soundtrack to what's sure to be a very stressful November. Today, Grande posted a tweet about new music, promising her fans and followers that she plans to release a new album sometime this month. No more details. No more information. That sound you might hear isn't her whistle register, it's just the collective buzz of excitement for new tunes.

Grande's tweet was short and sweet: "I can't wait to give you my album this month."

Earlier this month, Grande teased new material, writing that she was "turning in mixes" to whatever powers that be — in addition to urging her followers to vote in the upcoming election.

Grande was giving tiny previews even as far back as March.

thank u, next, Grande's last studio album, dropped back in February 2019. Just a few months before that, in August 2018, Grande released Sweetener. Fans have had material to tide them over, however. Grande teamed with Lady Gaga for "Rain On Me," which the duo performed at this year's MTV Video Music Awards. 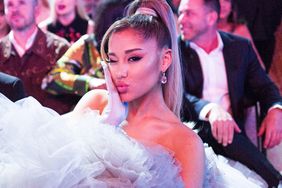 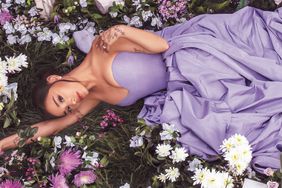