This time, with her son Pax in tow.

Forget Bennifer - this is the celebrity ex-couple reunion I'm here for.

Just days after Angelina Jolie reportedly hung out with ex Jonny Lee Miller at his Brooklyn apartment, she was photographed leaving the building again for the second time in a week, this time with her 17-year-old son Pax in tow.

Daily Mail, who obtained the photos, reported that they were taken on Tuesday, and that Jolie and her son were escorted by their security guard and spent about an hour in the building where Miller lives. Jolie could be seen wearing the sophisticated maxidress she was photographed in last week, while Pax wore a pale pink T-shirt under a pink flannel top with jeans.

On Friday, Jolie was seen leaving Miller's apartment building in a beige trench coat, carrying a bottle of Peter Michael Wine along with her Louis Vuitton purse. She reportedly arrived alone and left approximately three hours later at 10:30 p.m.

Jolie and Miller met on the set of their movie Hackers in 1995, and tied the knot after six months. They divorced in 1999.

Over the years, the two have remained friends, with Jolie telling Hello! magazine in 2014 that her memories of Hackers involve "oddly, love."

"That's where I met Jonny, who is still a great friend," she said. "So I think of him when I think of that. Although, I'm sure the movie looks so ancient now, but we had a lot of fun making that."

Miller echoed the sentiment in 2017, telling Stuff, "Yeah - we're still friends. That's all you're getting."

Whether these recent N.Y.C. reunions were solely friendly or not, there's something oddly soothing about the idea of a bond that outlasts whirlwind romance and a bloody wedding. 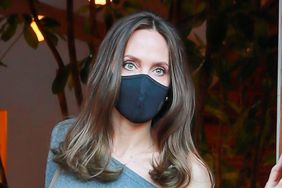 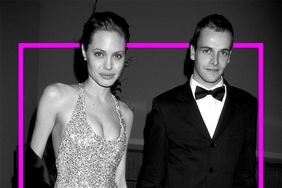 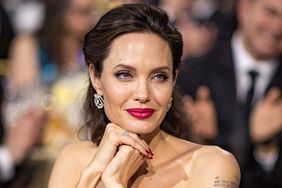