And the reason she did is so admirable.

Angelina Jolie has officially entered the chat. The Maleficent actress finally joined Instagram, and the reason behind it is unsurprisingly wholesome and philanthropic. According to Entertainment Tonight, the star is using the platform and her voice to call attention to the situation in Afghanistan.

"Angie felt compelled to join in a moment when women and young people in Afghanistan are losing the ability to communicate on social media and express themselves freely," a source told the publication. "From her point of view, if she's able to be a part of the effort to amplify their voices, then she felt it was reason enough to join and use her platform."

If You Want to Help the Women of Afghanistan, Here's What You Need to Know First

Her first-ever post on the social media platform includes a handwritten letter that she received from an Afghan girl.

"This is a letter I was sent from a teenage girl in Afghanistan," she captioned the post. "Right now, the people of Afghanistan are losing their ability to communicate on social media and to express themselves freely. So I've come on Instagram to share their stories and the voices of those across the globe who are fighting for their basic human rights."

She went on to explain her personal connection to Afghan refugees and talk about her time visiting the country 20 years ago, two weeks before 9/11.

"It is sickening to watch Afghans being displaced yet again out of the fear and uncertainty that has gripped their country," she wrote. "To spend so much time and money, to have blood shed and lives lost only to come to this, is a failure almost impossible to understand."

She continued, "Watching for decades how Afghan refugees — some of the most capable people in the world — are treated like a burden is also sickening. Knowing that if they had the tools and respect, how much they would do for themselves. And meeting so many women and girls who not only wanted an education, but fought for it."

She ended with a statement saying she will do what she can to support the Afghan people and called on others to join her.

"Like others who are committed, I will not turn away," she wrote. "I will continue to look for ways to help. And I hope you'll join me." 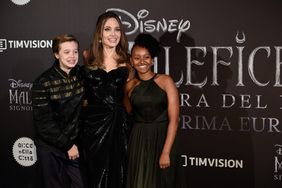 The Mental Health Impacts of Beauty Filters on Social Media Shouldn't Be Ignored — Here's Why
The Second Pandemic: Eating Disorders Are Surging, and They Won't Stop When COVID Does

Sexual Harassment Is Widening the Wage Gap
It's Been 10 Years Since Rebecca Black Released "Friday," and the Internet's No Kinder to Young Girls