These days, you can catch Alison Brie starring in hit TV shows and walking major red carpets in couture. But not too long ago, the 35-year-old Glow star was living a far from flashy existence in South Pasadena, Calif, beginning with her humble yet comfortable middle-class upbringing. “I was certainly raised to be very frugal,” Brie recently told InStyle. “I saved my money for so long.”

While she credits her parents with teaching her “the value of a dollar” (more on that below), Brie says it was another key figure in her life who encouraged her to loosen the purse strings a bit: her husband, actor Dave Franco. According to Brie, Franco is the big spender in their relationship — and she’s happy to have picked up a few of his financial habits since they wed in 2017. “I think Dave has taught me how to spend my money well, which is kind of a nice thing,” said Brie. “I think I had gone too far in the other direction, being so frugal for so long, that now it feels nice once in a while. We work really hard to be able to spend our money.”

One of the couple’s favorite ways to put their funds to good use? “We definitely splurge on travel,” said Brie. “Any time we’re not working, Dave and I love to just cut out of town. Our little trips together are a really special part of our relationship, because they can be so few and far between. The two of us travel alone so much for work, and you get to see beautiful, nice places — but you're by yourself. Then it becomes really worth it, those times throughout the year when we can cut away together.”

The pair is also willing to throw down for a gourmet dinner. “We certainly love to eat nice meals,” said Brie. “We have our favorite restaurants in Los Angeles, and our nicer restaurants that we like to go to when we're in New York.” Her passion for life’s finer experiences came into play when she teamed up with American Express to launch the company’s new Gold Card last week in New York City. “Dining and travel are two of my favorite things, and with this card, you get four times the amount of points when you dine out at restaurants and when you shop at grocery stores,” Brie explained. “So whether you're eating in or out, you're always getting points.” Another perk, that's maybe slightly more exciting to Brie herself? “There’s a rose gold edition of the card for a limited time, which matches my rose gold engagement ring and wedding ring!”

Keep reading for more of Brie's financial revelations, from her "very Pretty Woman moment" while shopping for sunglasses to just how far into her TV career she went while living at her mom's house.

On her financial upbringing… “We were a middle-class family, I would say. When I was younger, I lived in a duplex with my mom after my parents first got divorced. Then as my parents got better jobs and became sort of more upper-middle-class, we moved into a nicer neighborhood. It was a great childhood in that we didn't have everything, but I never felt for want of anything. In that way, my parents really instilled in me the value of a dollar. I certainly did chores and earned money and had a job. I was babysitting when I was 13 or 14, and then had actual jobs at 15 and 16 so I could make my own money. I wasn’t worried about money, but I never felt like, ‘I need to be rich! I need to have all the money!’ I felt very much like, ‘Oh, I'm just as happy in this duplex as I am in this house.’”

On getting her first credit card… “I think it was probably after college. My post-college, pre-acting job was working at yoga studios — I worked at three different yoga studios around Los Angeles. I lived at my mother's house, so I didn’t have to afford any rent. I used my credit card just to pay for my cell phone bill and to pay for food and stuff.”

On learning to save… “When I say I was very frugal: I lived in my mother's house until our third season of Community, our fifth season of Mad Men. My mother no longer lived there — she was actually living with a boyfriend or a husband at the time, and I was renting her house for very cheap, very briefly. I honestly feel like I just saved, and saved, and saved. And then I finally moved into my own house. I never had to live in a really shitty apartment, which was nice, but I also didn't buy myself a new car until our final season of Community.”

On her most regrettable purchase… “I do remember one time when I was randomly with a friend in D.C., we went into a sunglasses store and had a very Pretty Woman moment. We were like, ‘How much are these?’ And the woman who worked there said, ‘They're very expensive.’ I was just like, ‘Well I'll take two pairs.’ We were a little drunk — we had had mimosas at brunch — and we bought these sunglasses and wore them all week. They were one of the most expensive things I'd ever bought at that time; this probably was during my first season of Community. I really felt like I showed that woman, and then we got home and I was like, ‘These sunglasses are so ugly.’ Like, what a point to prove. I just had to give her commission on those sunglasses. It was a weird stand to take.”

On what she splurges on for herself… “Personal training and physical fitness are very important to me, especially since working on Glow. So that is somewhere that I splurge. And then with clothes, I think I've gotten to a place where I’m buying a few really nice pieces throughout the year, rather than a ton of cheap clothes."

On splitting the check… “Early on, when you're first dating someone, I think the man should pick up the bill. The lady should offer, but the man should never accept. Once you're married, it's like all your money is the same, so it doesn't really matter. Even later on in the relationship, it's nice to split the bill. Honestly, I feel like for a lot of my life, I would really insist [on paying]. You know, so feminist. I’d insist on doing things like carry all of my own stuff, too, and then later I'd be like, ‘He didn't even try to help me with my stuff.’ But as a woman, I think it feels good to pay sometimes and not always let the guy pick up the check. To be honest, I'm less about splitting the bill when you're in a group of friends. I prefer the round robin approach of, ‘I’ll get this one, you get the next one.’”

On who deals with the bills at home…“We have business managers who do them. This is the truth!” 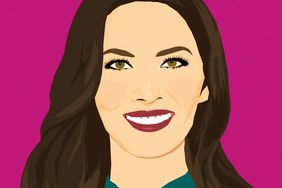 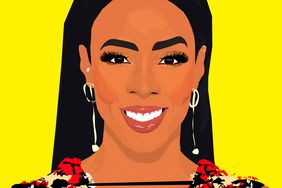 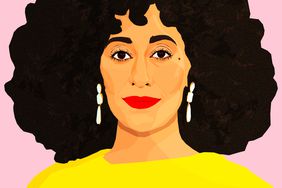