Alicia Silverstone is officially a TikToker. The actress made her debut on the platform by reprising her role as Cher Horowitz from Clueless, and recreated one of the film's most iconic scenes — right down to the yellow plaid Dolce & Gabbana blazer.

In her first video, Silverstone struts to No Doubt's "Just a Girl," before she's interrupted by her 10-year-old son, Bear, who puts his arm around his mom. "Ugh! Get off of me!" Silverstone mouths to the movie's original audio. While pushing Bear out of the frame, she recited her legendary line: "Ugh! As if!"

Silverstone immediately brings Bear back on camera, and gives him a huge and kiss on the head. "Ugh! As if…I wouldn't join TikTok," she captioned the cute video.

Last summer Clueless celebrated its 25th anniversary, but according to Silverstone, the film almost didn't happen. "One studio said no to it," she said in an interview with Variety back in 2017. "Those people now kick themselves that they were not part of that film. They were like, 'We don't think anybody is going to care. It's not going to sell tickets.'"

It goes without saying that the film went on to become a huge success, and that Silverstone's quotable catchphrases will forever live rent free in our heads. 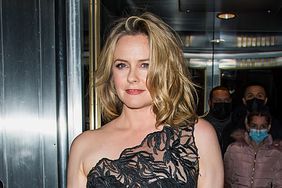 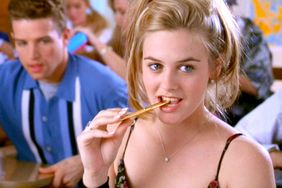