On Monday, the actor said goodbye to the social media platform amid a continued backlash against his wife, Hilaria Baldwin, and her Spanish heritage scandal.

"Twitter is like a party where everyone is screaming. Not much of a party. Goodbye for now," the 30 Rock star tweeted.

In case you missed it, Hilaria came under fire weeks ago when fans began questioning whether the Spanish-speaking yoga instructor, who often speaks with a Spanish accent and once asked for the English name for "cucumber" during a Today cooking segment, was actually, well, Spanish. The short answer is no. She was born and raised in Boston and formerly known by the name Hillary. The mother of five told The New York Times she made no claims to the contrary.

Hilaria's husband defended her in a strange 8-minute-long Instagram monologue, telling followers, "When you love somebody, you wanna defend them," adding, "Consider the source." 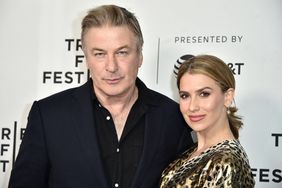