She's back — and so is her signature winged eyeliner.

The wait is over — Adele is back, and so is her signature winged eyeliner.

After weeks of cryptic hints, Adele dropped a teaser on Thursday morning for the video for her new single, "Easy On Me," due out October 15th. The black-and-white clip shows her sitting in a car as she puts a cassette tape into the stereo and looks at the camera in the rearview mirror with cat-eye eyeliner on. The car can be seen slowly driving down the road as sheet music flies out of the windows.

Her last album, 25, was released in 2015, and took home Album of the Year at the 59th Annual Grammys. The singer has named each of her albums (19, 21 and 25) after the age she began working on them. In the past few weeks, billboards reading "30" began popping up in Paris, New York, and Rome, leading fans to speculate that the singer would be dropping her next album soon.

Adele appeared to confirm the rumors this week as she changed her social media accounts to layouts with a blue background matching the aesthetic of the "30" billboards.

"30 tried me so hard but I'm owning it and trying my hardest to lean in to it all," she wrote while celebrating her 31st birthday in 2019. "No matter how long we're here for life is constant and complicated at times. I've changed drastically in the last couple years and I'm still changing and that's okay. 31 is going to be a big ol' year and I'm going to spend it all on myself." 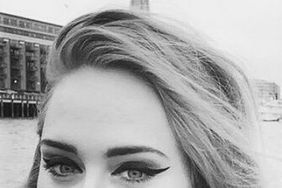 Adele's First Album in 4 Years to Reportedly Drop in November