And she addressed the engagement rumors.

On Thursday, the singer appeared on The Graham Norton Show where she reportedly dropped some pertinent information about her relationship. Firstly, she addressed the diamond elephant in the room: the massive rock sitting on that finger. "If I was [engaged], would I ever tell anyone if I was or wasn't?" she teased.

She also acknowledged her highly-discussed Las Vegas residency postponement saying she tried her "hardest" to have something ready in time. "I regret that I kept going until that late in the day. It would have been a really half-assed show and I can't do that," she said before adding that her team is working hard to get the show off the ground.

"We are now working our asses off, but I don't want to announce a new set of dates until I know everything will definitely be ready. The sooner I can announce the better, but I just can't in case we are not ready in time," she explained before promising fans that the show will be happening this year because she has some personal plans next year. "It is absolutely 100% happening this year. It has to happen this year because I've got plans for next year. Imagine if I have to cancel because I am having a baby!"

Earlier in the interview she hinted at expanding her family again. "It takes me a while to recharge, and I would like to have more children — I only just feel like I've caught up with my sleep from nine years ago when I had my son." 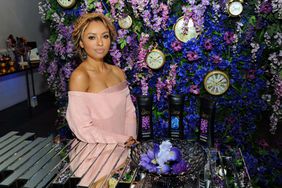