Following the harrowing Paris robbery heard round the world, Kim Kardashian West has, understandably, taken a large step back from her role as social media superstar. In fact, since Oct. 3, the mom-of-two has been silent on all of her social accounts until today, and I’m here to say it’s taken a real toll on me.

As someone who doesn’t necessarily obsess over (but certainly keeps up with) Kim and company, I knew I would notice her diminished presence, but I never expected to actually really miss the star and her regular updates popping up literally every time I touched my phone. The relief I felt when I heard that she not only attended hubby Kanye West’s Los Angeles concert on Oct. 26, but also had resumed filming scenes for Keeping Up with the Kardashians, astounded even me.

Haters may roll their eyes, but no one can deny Kim is an omnipresent figure in our society and an integral part of pop culture. “If she decided never to return to social media, the world would mourn the loss of Kim Kardashian online,” Niccolo De Masi, chairman and chief executive of Glu Mobile, which created “Kim Kardashian: Hollywood," said in an interview. Uh, yeah!

Here, in what just might be a poorly disguised, desperate plea for Kim to return to social media, I’ve rounded up a list of reasons I really miss the social media mogul.

She Is Unabashedly “Selfish”

Selfie-takers everywhere owe it to Kim for making what could be considered a narcissistic behavior pretty mainstream. The selfie queen is not shy when it comes to using the front-facing camera and we wouldn’t expect anything less from the person who took 8000 pictures of herself and put them in a book that, even in the age of the internet, we all totally bought. Every time you shamelessly snap a selfie, you’re channeling Kim’s positive energy.

Kim regularly receives flack about how she got famous and internet trolls love to remind her how vapid and out of touch they find her. But the truth is, you simply don’t become as famous and world-renowned without some kind of business savvy, as Forbes duly noted when it featured her on a July 2016 cover. Kim’s brand is iconic and we should all be taking notes on elevating our own personal brands.

She Shares North on Snap

We’re forever grateful for Kim’s tendency to overshare because it provides us with regular up close updates on arguably the most stylish and entertaining member of the family: North West. Save for some pap shots, the public’s only real access to Kim’s daughter is via Kim’s Snapchat, where we get a taste of North’s many sartorial successes, as well as her adorable attitude. We could literally watch North make faces with a flower crown on all day.

Kim is queen at regramming the best shots from her many red carpet appearances and they always serve as the ultimate hair and makeup inspiration. Sure, we could just search for these pap shots on our own, but no one posts every single last good angle like Kim and when the looks are this good, we need every angle!

As previously mentioned, Kim is a beauty icon. And the best part is that she’s always sharing the products she uses to get that perfect complexion and mane of hair. She regularly Snapchats mid-beauty routine to break it all down for us. And we’ve gotten significantly less glowy since she stopped snapping.

The world watched with bated breath as Kim worked to whittle her body down after giving birth to baby Saint and she did not disappoint with the updates. Taking after ultimate fitspo Khloé, Kim worked her butt off (not literally, it’s still sitting strong) to achieve her weight loss goals and brought us along on each workout. Whether it was hill sprints or gym work, she gave us an open door to her no-excuses routine and provided a lot of motivation to get ourselves to the gym.

Much like BFF Chrissy Teigen, Kim has a vocal presence on Twitter, regularly commenting on everything from TV series she’s enjoying to directly taking down rumors about her and her family. It’s always nice in a crazy year like 2016 to get a witty quip from Kim and we could use some of her low-key humor right about now.

Although she shares him sparingly, Kim posts pictures and snaps of Saint, making her social media presence the only open door we have of seeing the perfect angel ‘Ye baby. We simply cannot fathom a world where we don’t get to see Saint grow up. 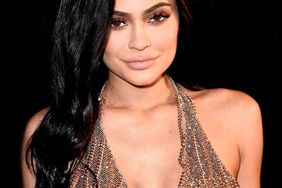 Kylie Jenner Talks Fame: I Didn't Choose This Life, but I'm Not Innocent 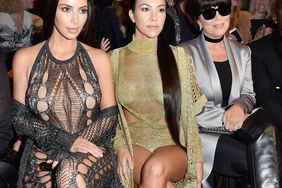 10 Beauty and Style Lessons We’ve Learned from the Kardashians