"This is a rare glimpse of Taylor looking refreshingly young and unworldly. Covered in lace, this bears an uncanny resemblance to Grace Kelly's wedding gown--which designer Helen Rose also created."

"Taylor is at her most irresistible here: seductive and innocent all at once. This dress was the blueprint for every prom dress in the '50s."

"If every woman on the ranch looks this sexy, no one would leave the farm."

"This is the perfect white cocktail dress. Variations on it were made for decades—and sold out every time."

"This is one of the sexiest swimsuits on-screen—and it's a one-piece. That says something about Taylor's allure."

"Taylor is one of the few that can look glam in her underwear—that sexy, 'so over it' look is perfection."

"Pierre Cardin, who was uncredited for this look, created the beginning of the jet-set look: sleek, modern glamour."

"Taylor's complete conviction and willingness to be transformed shows her commitment to her craft. Although she was the most beautiful actress in Hollywood, she was also one of the best actresses."

"This is the most glamorous wench that's ever been. Her look fit the Renaissance bravado perfectly."

"Italian fashion label Tiziani created the costumes for this film. Little known fact: Karl Lagerfeld was the label's chief designer at the time. The clothes were extravagant, ridiculous-and completely amazing." 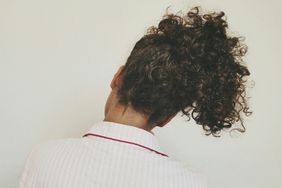 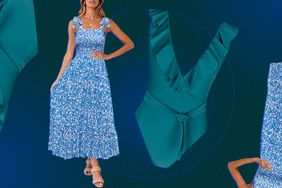 Out of 4,000+ New Amazon Fashion Arrivals This Month, These Are the 10 Pieces Worth Shopping