Bella Hadid and her latest look just raised on the bar on courtside style.

Last night, at the New York Knicks home opening game at Madison Square Garden, the model wore an outfit that was basketball-themed from head to toe. Repping her favorite NBA team, Bella paired an oversized Knicks windbreaker in black with a gray camouflage dress that featured black and red striping down the sides, resembling a pair of basketball shorts. On her arm, Bella carried a two-tone duffle bag as a purse, which coordinated with her cobalt blue sneakers and black socks.

Hadid accessorized with nighttime sunglasses, bleached brows, and minimal makeup, while her dark hair was worn down, straight, and pulled back with a black headband.

The supermodel has been a longtime basketball fan. Five years ago, when the Knicks played against the Lakers in 2017, Bella and facial expressions, as well as her multiple wardrobe changes, ended up going viral. Throughout the game, she spilled her popcorn, fell onto the floor, pumped her fists, and sat literally on the edge of her seat while watching the match unfold — it was a whole mood, but without a doubt, proved her devotion to the sport. 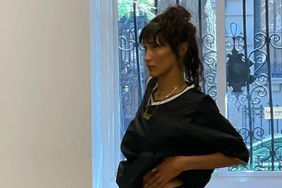 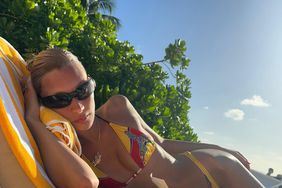 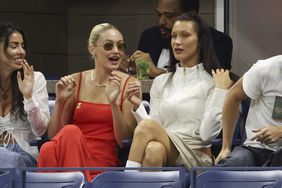 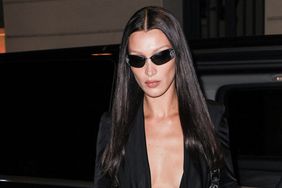 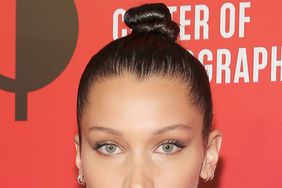