Black women have a complicated relationship with our hair.

On one hand, there was a time when coiler textures' ability to grow towards the skies was seen as a symbol of high status, and portrayed closeness to the divine. But in contemporary times, despite the vast influence of the second wave natural hair movement, the texture caste system we were forced to conform to — where straight hair is seen as "good," while tighter coils are seen as "bad" — during the colonial era still persists today. And there are several parallels when it comes to wearing wigs.

"Black women's relationships with wigs began in ancient Egypt," says hair historian and head of psychology at the University of the District of Columbia Dr. Afiya Mbilishaka. "There's a lot of research suggesting that wigs were supposed to show rank in society in this culture. A lot of the royal families had these very decorated wigs with gold and lace and other adornments to show that they had nobility."

Styles would range from curly to coily, and some would even be braided or in locs.

The upper class would also choose to shave their natural hair off in order to have the option to only wear hair when they wished, which was a true privilege, considering the scorching temperatures at the time. However, those of a lower rank were not permitted to wear wigs during this era, the expert explains.

A lot of the royal families had these very decorated wigs with gold and lace and other adornments to show that they had nobility.

Another interesting fact is that some ancient Egyptian queens wore wigs not only on their head, but also on their chin. "Queen Hatshepsut was known for her great work as a pharaoh, but she would actually wear a beard wig to show her status," says Dr. Mbilishaka.

The royals of ancient Egypt would have others care for their wigs by using essential oils to help groom the hair, and they would even be mummified and buried with the pieces on their head.

But the use of wigs during this time to represent royalty or those of high status is a stark contrast to why Black women in the United States wore them during desegregation throughout the '60s.

VIDEO: Gabrielle Union Has Never Worn an Asymmetrical Bob Like This Before

"Wigs had been used to address employment," explains Dr. Mbilishaka. "There were actually certain hair requirements when a Black woman had to integrate her job, and she had to comply with a style that her natural hair maybe couldn't do. So whether it was a flight attendant, or a nurse, it was a part of the uniform to wear the wig. It justified the respectability of that person."

On the other hand, Black doo-wop girl groups from the '50s and '60s also wore elaborately styled wigs, many of which featured a signature bump at the crown. And it wasn't necessarily about covering their natural strands, but rather using these wigs for creative expression.

"It was a part of performances," Dr. Mbilishaka shares. "With all the variations of Black hair, these wigs were used to create hair uniformity. There was a theatrical element. Even if we look at some of the movies from the 1970s, we knew that they were wearing afro wigs."

But regardless of whether or not Black women are on stage, wigs have always had a place in our culture and in our homes for a variety of reasons. One of the most major being hair loss.

Dr. Crystal Ugochi Aguh, the director of the Ethnic Skin program and assistant professor of dermatology at John Hopkins has found that nearly half of Black women will experience some form of hair loss in their lifetime, with traction alopecia being a common cause. However, it is important to note that the vast majority of wigs Black women purchase do not replicate their natural pattern.

"There's still is a sector that's paying to fit into this beauty ideal that's perpetuated by Euro-American culture," explains Dr. Mbilishaka. "There's still a caste system related to hair where it may be challenging for some Black women to accept their hair texture and length because of systems of white supremacy and racism that makes them feel as though their natural hair is not acceptable. Or, people have given them the feedback that their hairstyle and texture are not acceptable."

Still, the way a Black woman chooses to wear her hair, or whether or not she wants to put on a wig, is completely her choice. And regardless of if the hair we wear grows from our own scalp or it was purchased at a store, we're past due for the freedom to be able to do what we want with our hair, when we want, without the assumption or judgement we've become so used to having to accept. 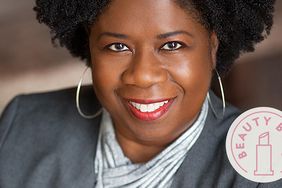 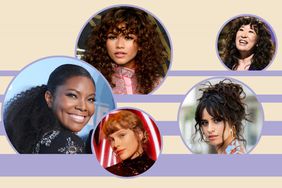 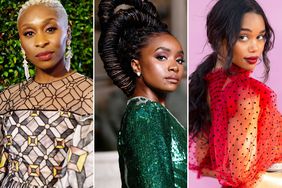