And that's not even the worst part.

The grossest moment in Just Extensions, the self-produced documentary by L.A. serial entrepreneur Riqua Hailes that investigates the global human hair trade, may elicit an audible gasp. It's the scene where Hailes arrives at a human hair market after a 17-hour drive through rural China and ends up picking through a large burlap sack filled with matted hairballs for sale.

In the trade, they call this "fallen hair," or hair that has been pulled out of hair brushes, shower drains, and even the trash in rural villages and cities alike in Asia. And if you wear extensions, you might have it on your head right now.

Hailes, obviously, is not pleased to find out that the expensive extensions she's been purchasing for her clients started their life as something that would make you gag if you found it in the gym shower. But it's not the cleanliness that bothers her. It's the performance.

"I don't care how much cleaning you do to it," she confides to the camera as she walks away. "It won't be luxurious and flowy. It will matte up just like it looks in that bag."

What Hailes saw in China is shocking, but standard. You may think that all the real human hair for upscale wigs and extensions comes from women who've decided they need a change (or some extra cash) and sat down in a salon chair to have their ponytail cut off. But a glossy ponytail of real, virgin, non-toxic hair, known in the industry as "remy hair," is as rare and expensive as an Hermes Birkin bag.

The truth is, the global human hair industry has quietly gone through a transformation in the past few decades similar to the rise of fast fashion — but worse. Consumers want affordable hair that they can switch out as quickly as their outfits. Though, while clothing is required to have a label telling you where it was made and what it's made of, "Hair is a completely unregulated industry," says celebrity wig maker Merria Dearman, who has created hyper-realistic wigs for photoshoots and music videos featuring Naomi Campbell, Christina Aguilera, and Karlie Kloss' InStyle cover.

"I've been into a shop and bought 'remy' hair that has synthetic in it," Dearman says. "They can say it's from anywhere." Yes, even so-called "Brazilian" hair, prized for its luxurious bounce, actually comes from India, if you're lucky, where devotees have their heads shaved at large Hindu temples as an offering to the gods. Remy hair might come from desperately poor women in Asia and Eastern Europe, who earn a few dollars for what will eventually sell for thousands — or it might have been forcibly taken from women by abusive partners or thieves.

Most likely it comes from China, which exported $820 million worth of mass-produced human hair globally in 2019. The United States is by far its biggest buyer, accounting for four-fifths of all Chinese hair sold, according to figures from the UN Comtrade Database. "There are always some exceptions, but the hair from China is never remy hair," Hailes says.

Remy hair that is carefully cut from someone's head and tied has the distinct advantage of being less likely to tangle, because the cuticles (the microscopic scales you see being smoothed down in shampoo commercials) are all facing the same direction: down, away from the scalp. To imitate remy hair, tangled fallen hair is dunked by workers in tubs of chemicals to strip the cuticles. Then it's combed out and sorted into similar lengths, and coated with silicone for a faux-glossy shine.

How to Wash Your Wig the Right Way

The hair industry is even more secretive than the fashion industry, and even the masters couldn't tell me exactly which chemicals are used. "I saw and smelled the chemical baths in a dozen Chinese factories," says Hailes. "At the time, I couldn't get a straight answer, but across the board, they all admitted to a chemical or acid bath in the processing of hair."

Dearman, who also toured human hair factories in China, says the baths smelled like ammonia, and that she saw them using fabric dyes, which are highly toxic and carcinogenic, on the hair. "Who knows where they dump the chemicals," she says. "I didn't stick around long enough to find any of that out."

Dearman also says the workers didn't have protective gear. Without knowing exactly what's in those acid baths, Dr. Martin Mulvihill, co-founder of SaferMade, an industry group that helps fashion brands detoxify their supply chain, could only point out that, "Exposure to acid in the workplace presents both an immediate danger from chemical burns, as well as long term respiratory damage depending on the ventilation and types of acid being used."

If that doesn't make you concerned, maybe the effects on your health and your looks will. "My experience in the salon, we had one out of ten clients that had irritation because of the acid," Hailes says.

Dearman, who hand-ties the hair one-by-one to a lace cap to create her flowing styles, says she still has scars from working with the mystery hair. "I had contact dermatitis. My hands were cracking and bleeding from touching the hair all the time."

This hair also tends to perform poorly. "It was very unpredictable," Dearman says. "If I was flat ironing it, little synthetic pieces would burn off. Or it oxidized, meaning over time it would turn red. If I put color on it, it would turn green or pink or just completely fall off. Sometimes it doesn't take color at all. Hair colors are pretty powerful, and the fact that it wasn't budging was a little terrifying," she says.

Gisele Bündchen came to Dearman in 2018 for a wig to go with her head-to-toe sustainable Versace Met Gala outfit. "She really thinks this is important," Dearman says. But many of her new customers come to her because they're in treatment for breast cancer and are fearful of toxins, or they've had a terrible experience with another wig that has given them a rash, turned a weird color, or fallen apart after less than six months of use.

How To Style a Synthetic Wig, According to a Celebrity Hairstylist

"You don't have to have a hairdressing license to sell wigs," Dearman points out. "As long as you're not cutting people's hair, you can sell someone a $600, $2,000, $3,000 wig, and shove them out the door and say good luck. Most people are private about it. They don't want to go to small claims court over a wig. These [people who purchase wigs] are very, very vulnerable."

Now Dearman goes straight to the source, taking trips to Asia where she pays women directly a fair price for their clean ponytails. She's even gone as far as offering $500 to the woman who delivered her room service at a hotel for her butt-length hair. The woman, an immigrant from Mexico, brought her cousin and sister, too. A wig needs, on average, four to five ponytails. You can see why her wigs sell for anywhere from $3,000 to $25,000. But since they last up to five years, they end up being a better value than a $600 wig that you have to replace every six months.

As for Hailes, since going on her journey around the world to learn about where human hair comes from, she's closed her salon and now focuses on her extensions business, Just Extensions Hair. "If people really want quality hair that they can reuse and sustain for years to come, they should choose all-natural human hair that hasn't gone through these toxic processes," she says. She sells her product, made with virgin hair sourced from India to celebrity stylists like Ray Christopher, Erick Orellana, and Ken Rich.

"My clients call it their little black dress," she says. "Because they can depend on it." 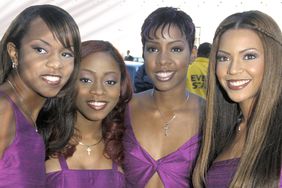 Are Hair Relaxers Making a Comeback? 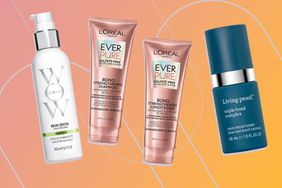 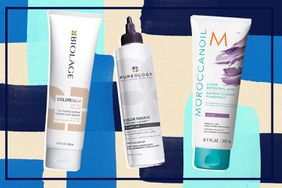 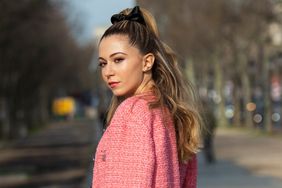 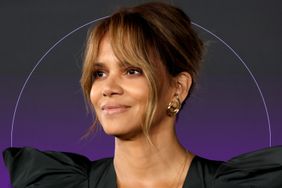 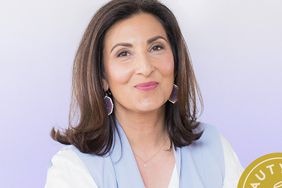 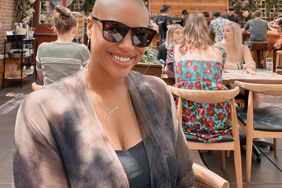 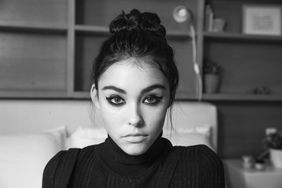 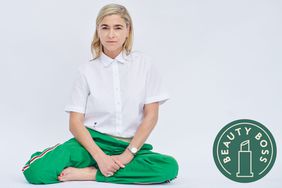