Do Y'all Even Know What Gluten Is?

The year is 2017, and just about everyone has gone gluten-free. To that point, everyone is so proud to tell you that they've gone gluten-free. But here's the kicker: unless you have a condition like celiac disease, which requires you to know your stuff about gluten, not many people have actually been able to explain to me what it is in the first place. "It's the stuff that makes bread fluffier," one person told me, which like, why would you not want fluffy bread? It's the best, I don't understand. "It's a flour derivative of wheat, it's like bread, things like that, pastries," a shirtless man told Jimmy Kimmel when asked what it was mid-hike. A bridesmaid at my friend's wedding last year cornered me at the rehearsal dinner, and after telling me the life story I didn't ask for, proceeded to talk about how she basically dies every time she has gluten, but doesn't have a medical condition. I wasn't sure if she was being dramatic or not—she threw the word "literally" around too often for my liking.

To clear things up once and for all, I enlisted the help of nutritionist Dr. Simone Laubscher, who took time to explain all of the key details.

"Gluten is the protein component of grains, which is responsible for the elastic texture of dough. Grain has been modified over the years, adding more gluten to make the grain heavier so that farmers produce a higher yield," she tells me. "This is why you may feel so bloated after eating wheat, but not so with oats, rye, or spelt, since the gluten ratios in those are lower." But unless you have a medical condition where you can't have gluten, is it really all that bad for you? A study published in The BMJ states that restricting your grain intake can have a negative impact on your cardiovascular health if it isn't necessary for you to abstain.

VIDEO: What to Eat for Healthy Hair and Nails

7 Healthy Snacks That Fill You Up Fast

According to Dr. Laubscher, gluten can make it harder for your body to digest the carbs, which can trigger signs of IBS, but all in all, it's not totally terrible. "Gluten in itself isn't bad, but excessive gluten is," she says. Generally speaking, excess amounts of gluten can slow down digestion, make you feel sluggish, and may store water and fat. This is due to the glue-like texture it takes on once it's inside your intestines, and the impact it makes on your blood sugar levels. That being said, moderation is key. When Dr. Laubscher and I last discussed how to find Easter candy that isn't totally terrible for you prior to the holiday, she stressed the importance of balance, and not driving yourself crazy cutting things out of your diet. "It's not fun to abstain all the time, it gets pretty dull," she says. "We should be savvy, but not to the point that we're paranoid, because that can cause other problems. Eat clean during the week, have a free meal, enjoy yourself, have fun, and get on with your life."

If you feel like you might have a gluten sensitivity, Dr. Laubscher recommends having a blood test done, or try an elimination diet for 3 weeks. "It's best to rate your physical and mental health after 3 weeks, and again 3 days after eating gluten," she says. "How you look and feel will tell you, it's that simple."

Now you know—and knowing is half the battle. 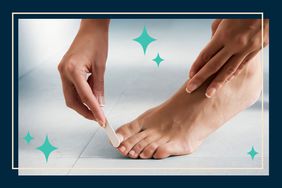 Finally, Food I Can Eat
I'm a Psychiatrist, and Women Aren't Being Honest About Their Sex Lives