What Does Hemp Oil Actually Do?

Forget everything taught to you about cannabis from '90s teen movies—cannabinoids, or the neurotransmitters found in hemp and marijuana, can actually do more good than the VHS tape shown in your D.A.R.E. class would suggest. Those with seizure disorders or inflammatory issues may already know the benefits that hemp oil delivers, but just a few drops daily can also help in addressing anxiety, general cloudiness, and your overall brain function.

When the seven Stanley brothers began developing the Charlotte's Web hemp oil, their end goal was to create a product that would help four year old Charlotte Figi manage her seizures. Their mission was accomplished, and at nine years old today, Figl is able to live a normal life, but the THC typically associated with cannabis has nothing to do with it.

Although both hemp and marijuana come from the cannabis plant, the two are totally different plants—sort of like how dalmatians and pomeranians are the same species, but two different breeds. Hemp contains less than 0.3% THC, which is what produces the psychoactive effect marijuana has, whereas marijuana contains about 15 to 25% THC. The cannabinoids, or the naturally-occuring neuroprotectants and antioxidants found in hemp, attach themselves to the receptors within the endocannabinoid system in our bodies, which spans through the nervous system, GI tract, and just about every cell in our bodies. The compound found within the cannabinoids fit perfectly into the receptors, helping to regulate the vital symptoms of the area in question.

VIDEO: The Real Reason We Associate 420 with Weed

"The scientific data surrounding cannabinoids show us that they have a safety profile very similar to that of Vitamin C, and that they are non-toxic and non-addictive," says Charlotte's Web CEO Joel Stanley. "Looking at hemp as just one side of cannabis, people can trust that it's non-psychoactive and isn't something that can be abused. We've seen the impact it has made on the world of epilepsy, and now, we have people reporting that it has helped with so many more issues than what we were expecting." According to Stanley, anxiety was reported as the number one problem that was addressed, whereas when he personally takes it, a few drops each day help to improve his cognitive clarity.

As far as why our bodies react this way to hemp oil? That's still to be determined. Because of restrictions surrounding cannabis, research is still being done on how the plant can be used to help people. After all, the endocannabinoid system was only discovered in 1994, and we probably have items in our closet older than that by this point. "The prohibition of cannabis also prohibited research, and the stigma surrounding the plant came from misinformation, not scientific data," Stanley adds. "I do feel like hemp and products like Charlotte's Web are the gateway into helping people understand the plant."

Intrigued? Head over to cwhemp.com now and pick up a bottle for yourself. 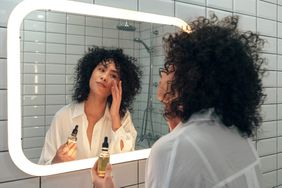 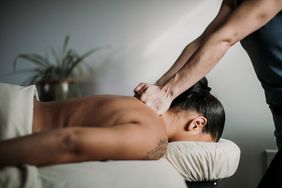 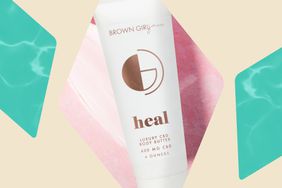 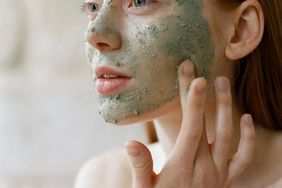 What Is Chlorophyll — And How Can It Help My Skin? 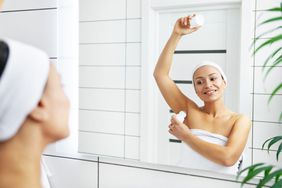 The Best Natural Deodorants to Stay Smelling Fresh All Day 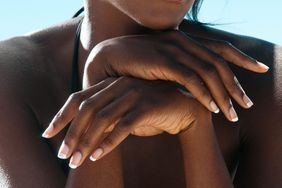