Before the words "natural" and "organic" became the buzziest in the biz, there was Juice Beauty. Founded by Karen Behnke in 2005, the brand is still one of just a handful of companies to comply with the California Organic Products Act, which requires formulas to be created from at least 70% organic material, excluding water. As you'll see, the latter criteria is key—it's the lack of water that's the secret to Behnke's incredibly-efficacious formulas. Here's how she made it happen—with a little help from one Gwyneth Paltrow.

The Sears Credit department. Because if you did well in math, my high school would send you to them. It was not computerized—so that gives you an idea right there. I actually worked about 30 hours a week during high school and I was an athlete. That’s just what a lot of us did in the Midwest. If you were female and good at math, they steered you toward going to nursing school. So that’s what I did. But when I graduated, my eyes started opening up. I realized I did not want to be a nurse, so I moved to California and started my first company at the age of 22.

It was my passion. That first company was very simple; I combined my love for fitness with health. One of my first roommates was a dancer. She was really into fitness, too, so we approached the army base in Northern California and ended up with the army contract to teach fitness classes. It was just teaching them that they needed to move into the aerobics world instead of calisthenics. That’s how I really got started. It was mainly fueled by passion toward fitness and passion for doing something different and being wowed by the California lifestyle, coming from the Midwest. I just had an innate feeling that I could do it. There was a need and I wanted to fulfill the need—even if it meant opening 17 credit cards on a single day to get a bank loan.

We ended up with corporate clients from the major utility companies and advertising firms, the major banks, the major high-tech companies. I did that for 15 years before we sold to what is now United Health Care. I just realized what business could do for my life. I met so many wonderful people, I learned how to be resourceful.

How did Juice Beauty then come to be?

I got married late and I had my babies at 40 and 42. I had spent 20 years working with major universities on the latest in fitness and wellness, but I had never once thought about what I was slathering all over my body and face until I was pregnant. It was the first time I had ever read a beauty product label and I was astounded. I obsessed over it for years and about seven years after my first baby, bought the name Juice Beauty and started it from scratch. The whole concept was based upon the fact that so many natural beauty products start with a water base and add to ingredients to it. Then chemical beauty products start with petroleum ethylene glycol and add ingredients to it. I thought about the fact that water seems to dilute, and that petroleum ethylene glycol causes environmental issues. I wanted to start with organic botanical juices instead. The product would have a vitamin rich base already, and we could then add peptides and hyaluronic acid, Vitamin C—whatever we’re going for. The concept was that every organic drop would feed your skin.

How did your partnership with Gywneth Paltrow come about?

One of our mutual investors introduced us. She knew Gwyneth was very interested in beauty and we had just started thinking about bringing on a celebrity partner, but one that would be authentic and actually hold the title and actually fulfill the title of Creative Director of Makeup. Gwyneth was authentic and really wants to change the world. She truly believes in organic and healthful living. She was searching for products she would feel great about putting on her skin and things she would feel great about getting out there for other women. She is very supportive of women, so it’s been a good match.

Looking back at your career, what do you know now that you wish you'd known at the start?

I often wonder, “Why didn’t I trust my gut there?” Every single person that’s been in business hits obstacles or makes mistakes. Some of the big obstacles I’ve hit, I can pretty much point to a gut feeling that I was headed in the wrong direction. Maybe it felt like a completely intellectual path to go on or maybe someone advising me had more experience than myself, but I should have trusted my gut. Entrepreneurs have amazing instincts. 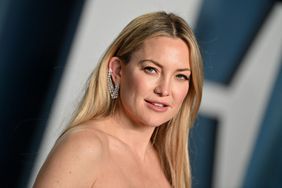