Why be subtle when you can be spectacular? Wunderkind makeup artist Sam Visser shows us how it’s done.

Sam Visser was so young when he started working as a makeup artist that whenever he arrived to set there would be a peanut butter and jelly sandwich and a juice box waiting for him.

This was around 2012, when Visser, then 12, was being mentored by L.A.–based hair and makeup artist Sharon Gault (whose clientele included Madonna and Lady Gaga) as well as makeup artist David Hernandez. Both worked regularly with photographer David LaChapelle and allowed Visser to shadow them. "Everyone has a voice in their head saying, 'You can't do it.' You just have to push that aside and be like, 'I do know what I'm doing,'" he says.

For Visser, who would wear a "full face" to school and routinely looked to YouTube tutorials for inspiration, it was a portal into a dream world. His dad would drop him off at shoots like he was a kid going to the mall. Looking back on it now, Visser jokes, "What was he thinking? But also, thank you. Thank you."

By the time Visser was 16, a member of famed momager Kris Jenner's team reached out after discovering him on Instagram, which led to a full-time job working with her and her celebrity family for most of their public appearances.

"That's when the explosion happened," he says. "That's when I learned how to do makeup for a television camera, a paparazzo's lens, and images that don't get manipulated to perfection. It was the best learning tool I've ever had."

A few years later, a move to New York resulted in gigs with models turned clients Bella Hadid, Precious Lee, and Kaia Gerber. At 21 and with his visibility on the rise, Visser landed his current role as a Dior Beauty ambassador.

His playful influence can be seen here: "The bloodline of this shoot is neofuturism," he says. "We wanted it to feel like a synth wave is running through every image, and the girls almost look like they're video game characters." To amplify this aesthetic, Visser kept the skin fresh. "While the makeup may look pronounced to the naked eye, the skin is so subtle and doesn't have any foundation on it. You should feel comfortable in the skin you were born with."

Visser dusted highlighter on the cheekbones to glow up the skin. He blended high-impact colors, like lime green and yellow eye shadows, for a not-so-subtle sweep across lids; a hot-pinkish coral hue — the new Rouge Dior Cherry Topaz Lipstick ($39, dior.com) — for a touch of '80s pop; and dark sultry shades to evoke old-school Hollywood glamour.

Extreme Black Eyeliner Is In, and Not Just for Julia Fox

"It seems like there's a lot going on with these looks, but there are actually only a few colors involved," Visser notes, adding that the bright coral hue was the singular shade used on the model's eyes, lips, and cheeks to tie everything together. "It's combining the theory of less is more with a maximalist impact. It's not like the makeup is really trying hard; it could take you five minutes to re-create this glam at home."

To come up with his creations, Visser often references archival images and looks back on his own journey. "I find certain feelings and aspects of my childhood that inspire my work," he says. "Because it took all of the past to become who I am now."

He pauses for a moment and laughs: "Manifestation has really become such a big part of my life and career. You have to believe it's yours before it's yours." 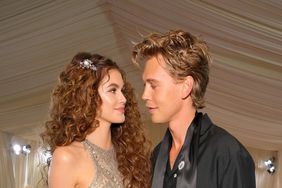 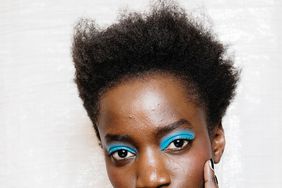 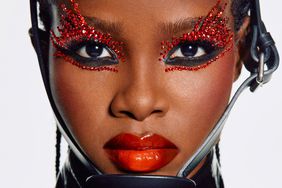