Welcome to Beauty Boss, a reoccurring series in which we spotlight the power players driving the beauty world forward. Consider this your chance to steal their get-ahead secrets, and grow from the real-life lessons they've learned on the job.

Maria Hatzistefanis's new book may be called How to Be an Overnight Success ($22; amazon.com), but her journey to the tippy-top of industry took years of turning "no" into "yes." Today, Hatzistefanis oversees a booming beauty empire that includes Rodial, NIP+FAB, and NIP+MAN. Here, a peek at how she made it happen.

When did you realize beauty was your passion?

I was 14 years old living on a tiny remote island without a beauty store, getting ready with a friend of mine and we didn’t have a blush. So I had this old fashioned Nivea tin and a bit of lipstick—I mixed it up and created a blush. I was always passionate about beauty and putting things together.

What was your first beauty job?

I started as a beauty writer back in Greece—where I’m from—at Seventeen. That was the first time that I got to understand the industry. I realized the skincare at the time was very boring. It made me think that there was a gap in the market for a range that would offer targeted treatments to specific skin concerns with cool names and fun packaging. I was thinking, “Is there a way I can disrupt beauty?”

VIDEO: 6 Beauty Products Under $12 You Should Buy from the Drugstore

And then you went to business school…

I was always fascinated with New York and I wanted to find a way to be there. I wasn't sure what I wanted to do, and my boyfriend at the time, who’s now my husband, went to New York to do his MBA, so I thought, “I’ll go to New York and do my MBA, that gives me a chance to live in the city.” I was interested in business, of course, so it wasn't totally random. I did an MBA and then I didn't know what I wanted to do with my life, and that confused me even more. But everyone at the time was going into banking—it was the 90s, the Wall Street times, it was fashionable and was paying lots of money, so I thought that’s what I should do. I got into banking and three years into it, I got fired. That was the best thing that ever happened to me because it made me realize this wasn't what I wanted to do with my life. It made me criticize myself and also look into what my passion was—and that’s when I decided to start my business.

What were the first steps you took in creating Rodial?

I started going to a lot of trade shows. We’re very lucky in the beauty industry because there are a lot of shows all over the world. I would go and look for manufacturers and labs, and I did a lot of traveling the first few months to put together all the resources. The lab was the most important thing that I needed to find, obviously, since we needed someone to develop the formulas. I was focusing on the U.K. [where I was living] because I wanted to be able to go and meet with them regularly. I found this amazing lab with a French chemist. I sat down and I said, “These are four products I have in mind.” We immediately hit it off. We still work together, 18 years later.

When did you have your first “big break” with the brand?

It was all about the Snake Serum. We’d been in business for about five years and things were going, but they were a little bit slow. I had a staff of three at the time and we were talking about new product launches—I just received an anti-aging serum from the lab. I was excited about the formula, but I wasn’t excited about the name. I thought, “What are we going to do with this? Anti-aging serum? It’s boring.” Looking through the ingredients, there was one ingredient that related to viper venom and I asked my team, “How about naming it Snake Serum?” And they said, “You must be crazy, you can’t do that.” And then we started talking about it and visualizing it, and we said, “Let’s just go and do this.” We capitalized on the viper venom, we made the bottle matte black, we did a shoot with snakes, and that picture went viral and people started talking about it. A week later we had calls from all over the world. We were shipping palettes of products to new markets like Hong Kong, Italy, and Spain. If we didn't take that risk at that point, I don’t know where the business would be today.

How did you manage the newfound attention?

We were thrilled, but then we just had to keep up. Dragon’s Blood came next, which actually has become the best-selling range. We have Bee Venom, Super Acids. It became all about looking into unusual ingredients that we can use to tell a marketing story, but also are effective.

You were an early adapter to Instagram. How has social media influenced the decisions you make for the brand?

There are always ideas for new products. For example, Banana Powder ($57; rodial.co.uk) is one of our best-sellers and we had a lot of people ask for a liquid version of it. We created the Banana Lowlighter ($45; rodial.co.uk) which launched a few months ago, and that has become our number two best-seller within a few weeks of launching.

And as if you weren't busy enough, you decided to write a book. Why now?

It just felt right and sometimes that’s the best. The way that I wrote the book was that when I had a tough work situation, I would sit down and write about it on my iPhone. I’d think, “What are the lessons that I learned?” I would list them, and write down how I would have reacted if this happened to me again. I’d been taking those notes over three years and then one day I put them all together and made it into a book.

That said, the title—How to Be an Overnight Success—seems a bit tongue-in-cheek.

It’s interesting that a lot of people buy the book trying to find that magic formula of how to be an overnight success and were caught off-guard when they realized that there is nothing like an overnight success. It did take me 18 years to be where I am today. I feel that I owe it to anyone who wants to be an entrepreneur to share that it is a journey. There are highs and lows—things don’t just happen, you need to put the work in and put in the time. Don’t give up. Keep up the good work and it will happen, but it’s not going to be overnight. 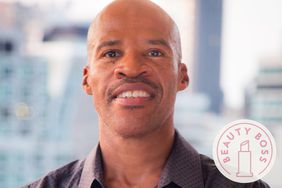 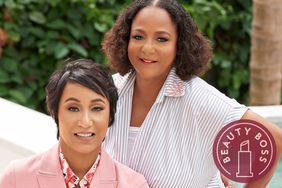 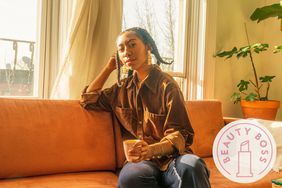