Felicity Jones is the type of person who dives into the pool first.

The Oscar-nominated actress says that she's quite literally a fan of a "good swim in a cold sea," and she's ready to take those same leaps when it comes to getting into character for a film. For her latest role in as a Victorian-era aeronaut in The Aeronauts, Jones went to circus school to learn acrobatic arts like the flying trapeze. This high-altitude role is the latest in an IMDB credit list of fearless female characters she's played throughout the years, including Supreme Court Justice Ruth Bader Ginsbrug in last year's On The Basis of Sex and Jyn Erso in Rogue One: A Star Wars Story.

Off-screen, Jones' personal strength is just as permiable, which is why Clé de Peau Beauté named the actress its new brand ambassador in 2018. But while the star may be willing to reach new heights for a role, her personal beauty routine is down-to-earth, and includes staple products and a fitness routine that also doubles as self-care.

Here, InStyle caught up with Jones to talk skincare, acrobatics, dealing with anxiety, and more.

There's a meditative quality to skincare, and looking after your skin helps you feel together, focused, and calm. When I have time, I will properly cleanse and exfoliate a couple times a week, and I often use Clé de Peau's The Serum with a facial roller because it helps wake my skin up in the morning. I love using La Crème in the evening because it's a rich cream to leave on overnight. I also make sure I have a bath at least once a week with a face mask and some good bath salts.

You've played so many powerful women. What beauty look or product helps you feel powerful?

I often get dark circles and a red nose. So whenever I need to put my best face on, I use Clé de Peau Beauté's Radiant Cream Foundation. I don't like to put anything heavy on during the day, and it's really nice because it wears like a second skin. It has this magical ability to make the skin perfectly flawless even if it's not quite feeling like that.

Your The Aeronauts co-star Eddie Redmayne said in an interview that you both dunked your hands in ice buckets before filming scenes. Lady Gaga takes ice baths because the cold water is suposed to be restorative for your body. What was your experience?

The set was really cold, but it would get warmer throughout the day as people would come in and out. The ice water gave an immediate sense of the cold and was a bit of a shocker. It was quite painful at the time, but it made for good results. I've always grown up with the sense that cold water is good for you and a good swim in the cold sea is very restorative. My mother always used to say that a cold shower is what gets the day going. So, I've definitely always enjoyed a bit of cold water at the right time.

Yeah! I think it's a case of adapting to survive. It can be cold at certain parts of the year, so you just have to get on with it I guess.

You actually learned how to fly a hot air balloon for this movie. What was the athleticism involved with that?

The character I'm playing is a real show woman. She does a performance when the balloon takes off because she knows it will attract more of a crowd and she's quite a businesswoman underneath because she knows how to make sure they have the finances to get the balloon into its best condition. I was lucky enough to train with an acrobat before I started to film. They have these long ropes they built that hang down from the ceiling and showed me how to do the Russian climb and the French climb and you're using your body weight to climb like a monkey and get as high as possible. We also learned the trapeze, which I've always had on my bucket list of things to do. It was great to check that off in service of the movie.

You've mastered the bang grow-out. Whether you have curtain bangs or full bangs they look great at every length.

I'm an obsessive bangs-observer. From Brigitte Bardot to Kate Moss to Anna Karina in French New Wave films, my study of the bang goes back many years. My ideal look, although my hair doesn't want to behave, is that half-and-half length. I'm always trying to achieve Brigitte Bardot bangs — that French style or tousled Kate Moss one. It's nice to have a little something, but obviously the full bang is more to look after.

You've spoken about how you've overcome crippling anxiety. What do you do today to keep these feelings from overpowering you?

I definitely feel that growing older, you find yourself caring less, which is a lovely side of growing up. I've found that fitness is invaluable. When I can, I love to get to the gym or go swimming and that's always a shortcut to feeling good.

Some of the characters you've played like Ruth Bader Ginsburg had to overcome adversity due in part to their gender. Have you ever experienced this and how do you deal with it?

I think having the mantra, "Why shouldn't it be me?" is always a good one when you're doubting yourself or feeling like you aren't good enough. Why should you think that? Ruth has been with me because she taught me that you don't have to do anything on someone else's terms. It's so vital to learn that the more you do on your own terms, the more happy you'll be. She is someone who did that from the very beginning. By doing that, you never sell yourself short. It's also important the people around you boost and support you. None of us are islands, we need other people to help. 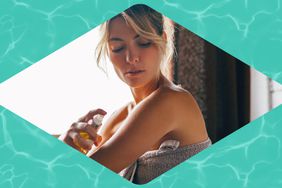 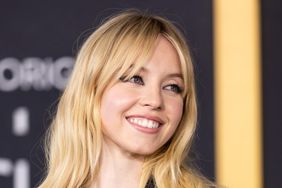