If there's one woman who knows how to show off the versatility of natural hair, it's Lupita Nyong'o.

Over the years, the actress has proven time and time again there's no style she can't pull off — but she just took things to the next level with her latest set of braids. And of course, we're in awe.

On Feb. 25, the Oscar winner posted a photo of herself alongside esteemed author Chimamanda Ngozi Adichie, wearing shoulder-length single braids that were styled into a high bun, complete with plaited bangs.

According to Nyong'o's Instagram caption, her beautiful braids were created by hairstylist Zubi at 3130 Naturals, an Accra-based salon. And while she hasn't shared the inspiration behind the look, they're definitely giving us an early '80s retro vibe.

But of course, this style existed long before the late Rick James popularized the braided fringe in the U.S. nearly four decades ago. In his autobiography Glow, which was released in 2015, the former funk star makes reference to the Maasai People of East Africa as being the inspiration behind his trademark look.

Now, Nyong'o has reminded us just how great and timeless these bangs are. So we'll definitely be keeping this style in mind for future braiding appointments. 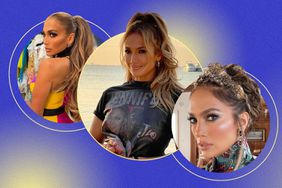 This Is the J.Lo Hairstyle You Should Try for Spring, According to Your Zodiac Sign 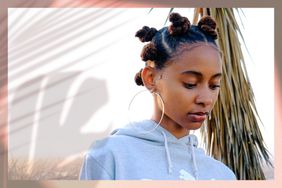