If you haven't heard, Kim Kardashian is launching not one but three new crystal-inspired fragrances under the KKW Beauty umbrella. This is all good and fine, she's abiding by the winning combo of millennial-centric pastel tones and the world's sudden obsession with healing crystals, but we can't talk about her upcoming scents without talking about the former glory of the original Kim Kardashian Signature fragrance ($20; target.com).

The scent launched in 2009, which was a very different time for the Kardashian sisters. Keeping Up with the Kardashians was only starting to pick up steam, Kim was emerging as an up-and-coming reality TV personality, we used AIM to communicate with each other in the offices, and Instagram hadn't even become a platform yet. A time before Instagram, can you even imagine? In 2010, around the time I started here at InStyle as a little baby intern with bad eyebrows and box-dyed hair, Kim began doing press for her fragrance, with regular interviews to promote her venture into the beauty world.

"Marianne, I'm supposed to interview Kim Kardashian at noon today," my boss at the time sent over to me in an IM. "I have a conflict, though. Would you want to do the interview instead?"

Yes, yes, a thousand times yes. Looking back, Kim was actually my first big celebrity interview. Not a bad gig for an intern, right? We came up with a list of questions, I made my way to Macy's at 34th street, and sat down with Kim to talk about why her fragrance was so sexy, and what sorts of beauty looks made her feel the sexiest. Hard-hitting journalism, I know, and we wrote a post that probably still lives somewhere on the site, but not in the right format that you can actually read through it. That transcript will forever be one of my prized possessions, though.

"We used notes of gardenia, which I love, and as the scent develops, it almost smells creamy if that makes any sense," Kim, who was the sweetest person ever to the nervous intern I was, told me. "People sometimes ask me what I'm wearing, and it's kind of weird when I'm like, 'Um, it's Kim Kardashian.'"

I've had that same experience too, Kim. But it's weird for me for totally different reasons.

After that, I wore the scent obsessively. It was actually my gateway into learning about fragrance as a whole, and how it developed on contact with my skin. Gardenia, the richest floral of them all, was the first thing I would notice, and as the scent warmed up, jasmine and honeysuckle would start to come through. Then, came the creamy aspect Kim told me about—somehow, the intoxicating trinity of tuberose, musk, and tonka bean worked to create that sensual, skin-like twist. It almost bordered on vanilla, but it wasn't nearly as saccharine. I went through bottles of the stuff, and even after I moved on to different fragrances, Kim Kardashian Signature never lost its appeal to me.

People compliment me whenever I wear it, then proceed to make fun of me once I tell them what it is, but I do not care. Hand on heart, that scent is like a secret weapon. I never actually told him this, but I wore it on my first date with my now boyfriend, who I have been with for two years, and I mean, it's pretty serious, you guys. I'll spare you the gory details, but he's great, my family thinks he's cool, and we very rarely get annoyed to the point that we want to murder each other. I like to think it was my killer personality and wit that won him over and convinced him to keep reaching out to me in the end, but I'm sure the fact that I smelled insanely good didn't hurt.

Suffice it to say, I will absolutely lose it if this scent is discontinued. Like, you do you, Kim. You be the best beauty entrepreneur you possibly can with your ever-expanding catalog of products, clad in streamlined fonts and Instagrammable peach exterior, but if that original fragrance is ever stricken from production, I will riot.

Or at least, ugly-cry to myself as I mass-order every bottle I can find on eBay. 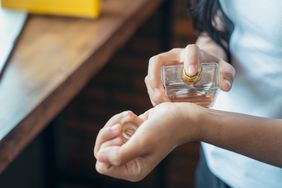 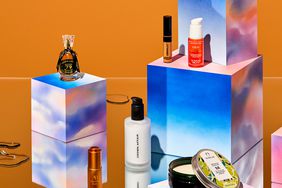 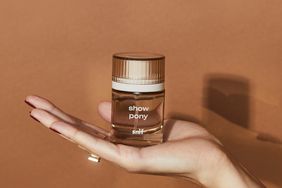 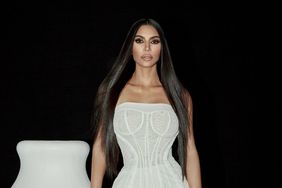